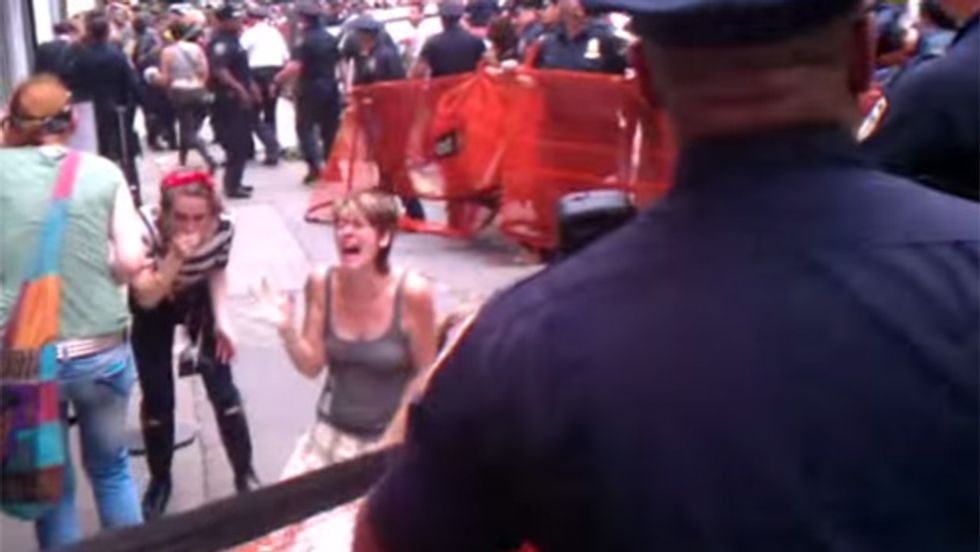 New York City has agreed to pay more than $330,000 to six Occupy Wall Street protesters who claimed a police officer doused them with pepper spray without cause, an incident that helped galvanize the movement during its early days.

Lawyer Mark Taylor, who represented three of the protesters, said on Monday that the settlements for each of the six individuals ranged from $52,500 to $60,000.

"We think it's good compensation for the injuries that occurred to our clients," Taylor said. "They are settlements that we think reflects the city’s realization that they were very much liable."

Nicholas Paolucci, a spokesman for the city’s law department, said, "It was in the city’s best interest to settle these cases." The city did not admit wrongdoing as part of the agreements.

The incident, captured on video, occurred on Sept. 24, 2011, just a few days after Occupy protesters set up camp in a park in New York’s financial district.

The clip went viral, helping to draw attention to the nascent Occupy movement.

"It's a reasonable settlement for the pepper spray felt 'round the world," said lawyer Ron Kuby, who represented one of the protesters.

A lawyer for Bologna was unavailable for comment on Monday afternoon.