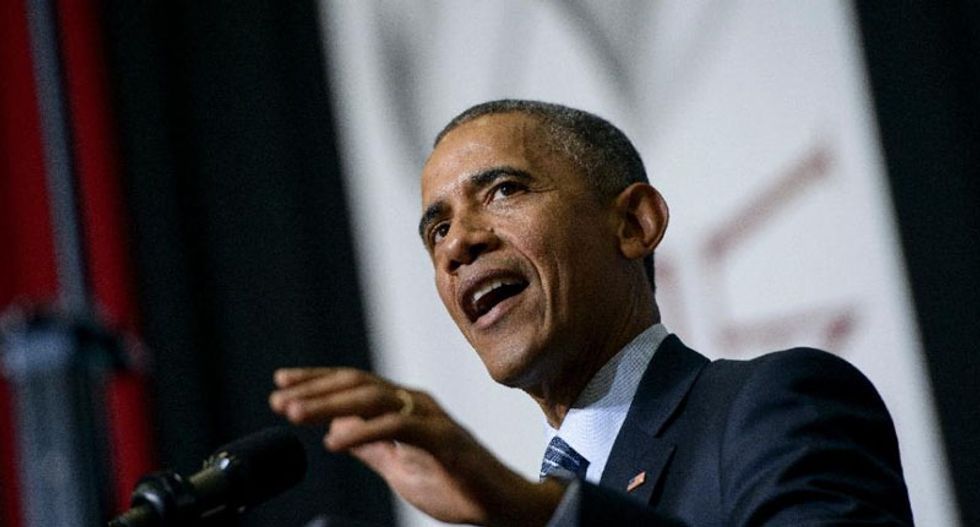 US President Barack Obama said a "distressing" lack of progress on gun control legislation had been the greatest source of frustration during his time in office.

His comments came just hours before a gunman opened fire in a movie theater in the state of Louisiana, shooting dead two people before killing himself.

In interview with the BBC, Obama said the issue he felt "most frustrated and most stymied" by was legislators' inability to push through limitations on access to arms, despite repeated massacres during his tenure.

Obama said his country was "the one advanced nation on Earth in which we do not have sufficient common-sense, gun-safety laws."

He contrasted the numbers killed in terrorist attacks since 9/11 with near-routine killings by domestic shooters, highlighting a huge discrepancy in the figures.

"And for us not to be able to resolve that issue has been something that is distressing. But it is not something that I intend to stop working on in the remaining 18 months (of his presidency)."

Under the US Constitution, every American is entitled "to keep and bear arms" -- a tenet jealously guarded by millions of law-abiding gun owners as a symbol of liberty and a foil against tyrannical government.

The Newtown, Connecticut shooting that left 20 children dead in December 2012 spurred Obama to demand tighter controls on the sale of military-style assault rifles like the one used by 20-year-old shooter Adam Lanza.

But the political clout of the National Rifle Association (NRA) and the gun industry on Capitol Hill meant that legislation to mandate background checks for all gun sales -- not just those at federally licensed gun shops -- never cleared the Senate.

Mass killings -- defined by the FBI as those with at least four victims -- account for only about one percent of all murders in the United States, according to an analysis of FBI data by the newspaper USA Today.

But they nevertheless occur about every two weeks.

James Holmes, 27, the neuroscience student who killed 12 people and wounded 70 others during a midnight screening of "The Dark Knight Rises" in Aurora, Colorado in July 2012, was convicted last week of the crimes.