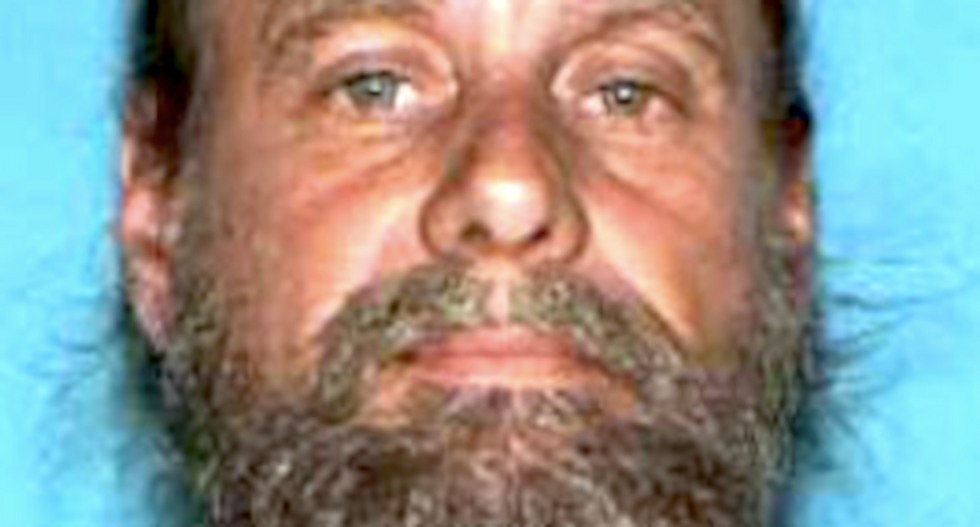 A Missouri man was charged in a bizarre plot to provoke police violence against black Ferguson protesters.

David Michael Hagler intended to kill police and then glue a gun to a black man's hand in an attempt to get him shot and set off additional violence in the city where protests have continued for nearly a year since the fatal shooting of an unarmed black teen by a white cop, reported the St. Louis Post-Dispatch.

Federal prosecutors say the 53-year-old Hagler made racist statements as he discussed his plans with two confidential informants, which led to a March raid of his St. Louis home that investigators say turned up more than 20 guns and thousands of rounds of ammunition.

But his attorney argues that some of the evidence should be tossed out, arguing that the confidential informants made false statements to St. Louis police and the FBI.

Defense attorney Matthew Radefeld concedes his client made racist and prejudice statements against blacks, but he argued that federal prosecutors had no evidence that he intended to carry out his plot.

Hagler lived an "off-the-grid" lifestyle within city limits and had grown increasingly angry toward his ex-wife, events in nearby Ferguson, and fears that he would lose his property over unpaid taxes, one of the informants told federal investigators.

One of the informants compared Hagler to the vigilante "Rambo" character played by Sylvester Stallone in several movies.

Federal agents said Hagler discussed in videotaped conversation his plans to use Super Glue to attach a weapon to a black man's hand and then trigger a police shooting by shouting out, "Gun!"

Hagler, who lived on food stamps and worked part-time as a landscaper, also talked about shooting an unsuspecting officer from the side of a road and killing "everyone on his bucket list" if he were ever diagnosed with a serious illness.

He also talked about removing the firing pin from a pistol and selling it to a neighbor to watch what would happen.

Neighbors said Hagler generally kept to himself but was quick to anger.

“Wouldn’t put it past him,” said neighbor Clyde Johnson. “That’s the way the guy is, saying, ‘Nobody mess with me.’ He could be radical. I could tell that by the way he talked."

The defense attorney repeatedly asked federal agents if they had evidence to show Hagler had taken steps to carry out his plans, but investigators asked if they should have waited until he shot someone.

A judge will rule on the defense request to throw out some evidence against Hagler, who remains held without bond.

Robert Doggart, a failed congressional candidate from Tennessee, was released from jail earlier this month after a judge tossed out a plea agreement in connection with a plot to massacre Muslims at a New York village.

The judge in that case, U.S. District Court Judge Curtis Collier, ordered prosecutors to prove that the 63-year-old Doggart, who participated in anti-Obama rallies, was a "true threat."