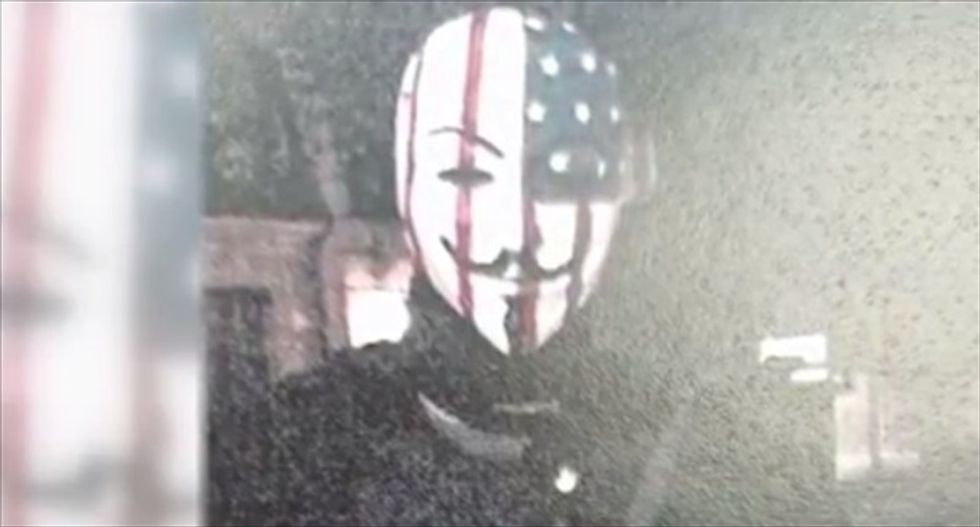 A 22-year-old man was arrested in Wichita, Kansas after threatening to attack the local courthouse if he did not agree with the verdict in a recent murder trial, KAKE-TV reported.

Authorities said the suspect, Samuel A. McCrory, had been spotted toting an AR-15 assault rifle, a handgun and an ax around the city on several occasions in recent months in support of the state's open-carry laws. A picture of him aired on KAKE also showed the suspect wearing a mask resembling the Guy Fawkes masks favored by the hacker activist group Anonymous, but police did not identify him as part of the group.

While police could not respond to residents' complaints about McCrory's past activities, they took note of him on Wednesday for online posts regarding the murder trial of Kyler Carriker, who was charged in the 2013 death Ronald Betts during a drug deal. Carriker was found not guilty on Thursday.

"Is it out of line to storm the courthouse if he's found guilty?" the suspect wrote. He later added, "If we get a get a decent number of people to charge through the front doors and security, the police there will attack us. Often times [sic], the only way to defend yourself from a cop is to kill the cop which means using a rifle to penetrate the body armor."

Sedgwick County Sheriff Jeff Easter told KSN-TV that security was increased around the courthouse after McCrory's posts came to his department's attention.

"This is not normal behavior. This is not peaceful protesting. This is a credible threat, period," Easter said.

However, according to KAKE, McCrory was ineligible to own a firearm at all, since he has a felony conviction. He was charged with aggravated criminal threat and three counts of criminal possession of a firearm.

Watch KAKE's report on McCrory's arrest, as aired on Thursday, below.