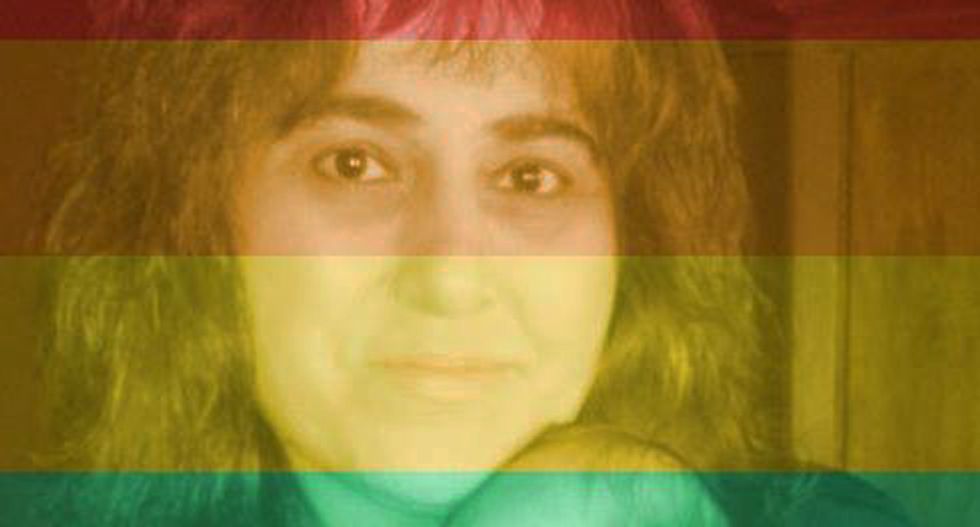 A Wisconsin restaurant owner plugging her place of business on the La Crosse Foodie Facebook page set off a war of words with a local Tea Party member who objected to her profile picture using a rainbow filter indicating her support for the LGBT community.

According to the La Crosse Tribune, Despina Kozidis, owner of Gracie’s Gyros and Wraps, replied on the foodie page to a potential patron looking for a restaurant in the area. When fellow foodie and Tea Party activist Greg Luce saw her profile picture featuring the familiar rainbow bars he commented that he would never eat at her restaurant because she was pro-LGBT.

"Hi Despina. I saw your post on La Crosse Foodie. I love gyros, but I detest people with rainbow filters on their picture," Luce wrote. "It’s an abomination that we are being forced to condone deviant sexual behavior. I will NOT be visiting your restaurant, I’m sorry.”

Kozidis, who goes by the name Gracie, was shocked that her Facebook comment -- which had nothing to do with same-sex relationships -- would provoke such a response.

“I’m overwhelmed because I grew up in such a negative atmosphere,” she said.

According to her daughter Sofia, “The culture that she’s grown up in is sometimes not very accepting, but in coming to the U.S., being a single mother, having a business, she’s learning every day how to be a part of the community, how to be accepting.”

Initially concerned that responding to the comment might drive other customers away, Sofia said that her mother decided to stand up to Luce.

“She agreed that this person was not the type of person we would want at our business,” Sofia said.

“That’s great! We prefer to have accepting, coexisting consumers,” Gracie wrote back to Luce. “It seems we have come to an agreement that it is best for both parties that you do not visit my business. Thank you.”

Sofia then took a screenshot of the comment and used MS Paint to block out Luce’s last name before posting it on the La Crosse Foodie  page as well as her own Facebook page.

The post was later taken down after Luce complained, calling it "inappropriate," but word spread and patrons have flocked to Gracie's to support the woman and her restaurant.

A number of people have left messages of gratitude and support on her business’s Facebook page, with the LGBT Resource Center of the Seven Rivers Region reposting the message with a thank-you of its own. A new Facebook event called  “Showing of Support for Gracie’s,” is scheduled for Aug. 4, asking people who share her beliefs to eat at Gracie’s that afternoon.

"I lost one person, but I gained hundreds. I was crying actually,” Gracie said.