Palestinian teen who sobbed before Merkel can stay in Germany: media 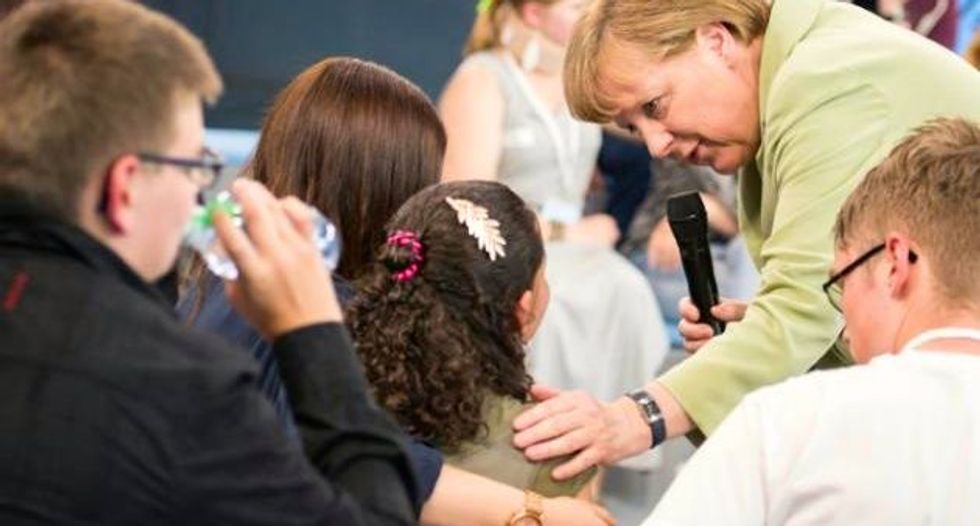 A teenage Palestinian asylum seeker, who burst into tears in front of Chancellor Angela Merkel during a televised debate, will be allowed to stay in Germany, officials said Friday.

Merkel's encounter with the teenager named Reem, who speaks perfect German, has gone viral. The debate entitled 'Good Life in Germany' took place in the northern city of Rostock.

"I don't know the personal situation of this young girl but she speaks fluent German and has visibly lived here for a long time," Integration Minister Aydan Ozoguz said, according to the website of Spiegel weekly.

"This is exactly why we changed the law so that well integrated youths" can have a new residency permit through a new immigration law that came into force in August, Ozoguz said.

During the discussion, Reem told Merkel in perfect German that she and her family, who arrived in Rostock from a Lebanese refugee camp four years ago, faced deportation.

"I have goals like anyone else. I want to study like them ... it's very unpleasant to see how others can enjoy life, and I can't myself," she said.

The mayor of Rostock's spokesman told the daily Tagesspiegel that he had no intention of sending Reem and her family back.

Merkel had responded to Reem by saying she understood, but that "politics is sometimes hard".

"You're right in front of me now and you're an extremely nice person. But you also know in the Palestinian refugee camps in Lebanon are thousands and thousands and if we were to say you can all come ... we just can?t manage it," Merkel had said.

Some critics said the incident showed Merkel's insensitivity while others hailed her for not lying to the teenager.