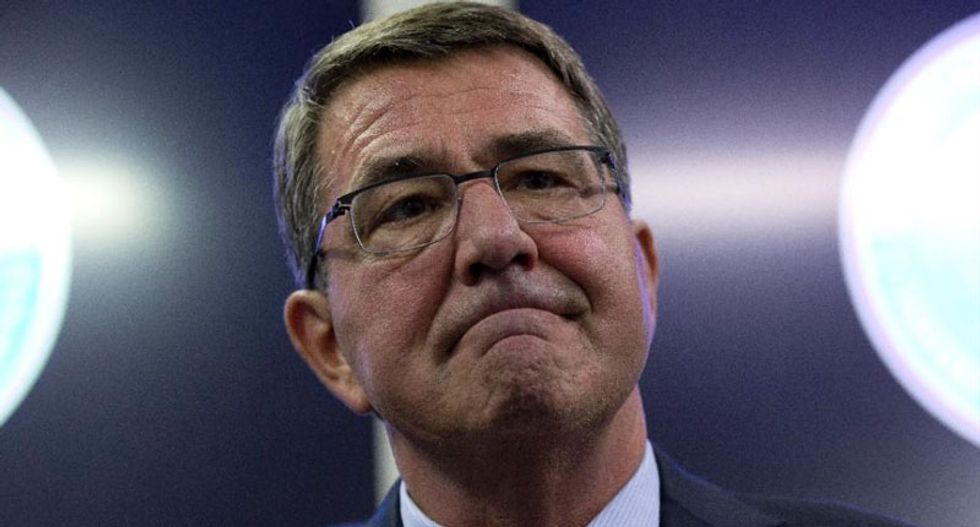 The Iran nuclear deal does not mean military action is off the table when it comes to stopping Tehran from obtaining an atomic bomb, US Defence Secretary Ashton Carter said Sunday ahead of a visit to Israel.

"One of the reasons why this deal is a good one is that it does nothing to prevent the military option," Carter told reporters on board his flight to the Jewish state, the first stop on a Middle East charm offensive to ease concerns among US allies over the landmark accord.

"We are preserving and continually improving" such a military option should Iran violate the terms of the agreement, Carter said as he kicked off a trip to Israel, Saudi Arabia and Jordan to renew US security commitments in the region.

Israel has been strongly critical of the agreement struck this week between its arch-foe Iran and six world powers that would see Tehran curb its nuclear programme in return for a gradual lifting of sanctions.

The Pentagon chief will meet his Israeli counterpart Moshe Yaalon on Monday before holding talks Tuesday with Prime Minister Benjamin Netanyahu, who has called the deal a "historic mistake" and has hinted at a possible military response.

Carter's trip will also take him to Saudi Arabia, another country where the nuclear accord has been met with wariness, to reassure Gulf allies that the US intends to maintain a strong presence in the region.

Because of Iran's "potential for aggression and malign activities" as well as the fight against extremist groups such as Islamic State, "we are always looking for ways to strengthen our posture there", Carter said.

He added that there was "a whole host of things we are doing with Israel", including working "on their qualitative military edge, ballistic missile defence, counterterrorism activities".

As for Saudi Arabia and the five other Arab states of the Gulf Cooperation Council (GCC), Carter said the US wanted to bolster cooperation in the areas of "counterterrorism, special operation forces, maritime security" as well as air and missile defences and cyber security.

Carter is expected to meet with King Salman while in Saudi Arabia and with the king's son and defence minister, Deputy Crown Prince Mohammed bin Salman.

In Jordan, Carter will visit a military base to meet colleagues of a Jordanian pilot who was burned alive by the Islamic State group.