Police called to exorcism at Texas public park: 'It's just not something you expect to see on the duckpond' 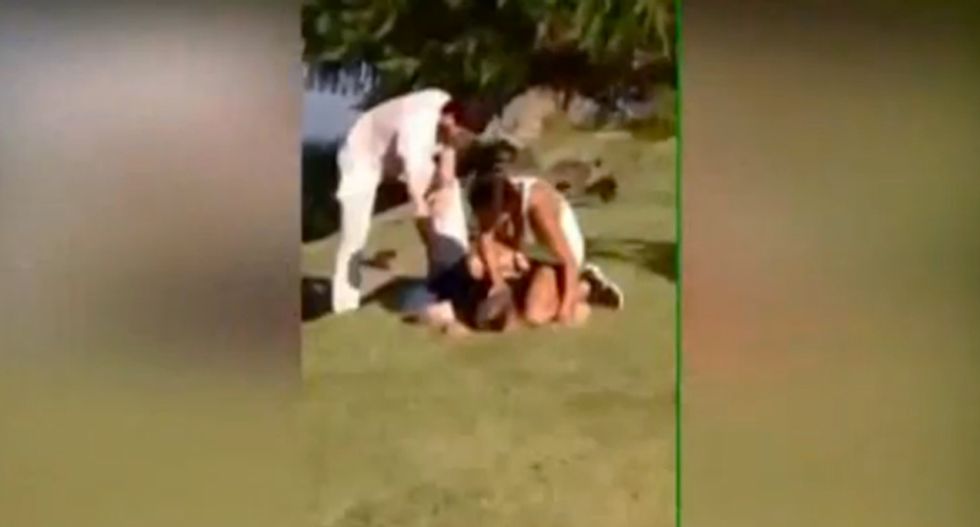 Police in Odessa, Texas were called out this week after a woman spotted a couple performing what appeared to be an exorcism on a woman lying on the ground in a Texas park, MyHighPlains.com reports.

"They start getting louder and louder and louder, she was on the ground and they were standing over her with hands on her and screaming Satan I demand that you depart and it went on and on and on, but it was very bizarre!" said one bystander who noticed the religious ritual being performed in public at Memorial Gardens Park.

Police who arrived at the scene said their hands were tied because exorcisms are not against the law and no one was injured.

According to witnesses, the three people were sitting on a park bench speaking before the exorcism commenced.

One woman, who reads her Bible in the park, said the three got right into it with few formalities beforehand, disrupting her from her daily ritual.

"No bible was read, no prayer, because it got a little too crazy.. ?" she said before adding, "Jesus can heal anybody but it's just not something you expect to see on the duckpond but I'm glad to know that everybody's okay."

Watch the video below from KOSA:

A video posted to TikTok showing a traffic stop in Southern California has some thinking it's an example of racial profiling, KTLA reports.

The driver who recorded the incident, 22-year-old University of California Berkeley student Abdullahi Aden, was initially pulled over for the tint on his windows.

Former President Donald Trump on Thursday refused to commit to supporting the 2024 Republican presidential nominee — if he doesn’t win it. “It would depend. I would give you the same answer I gave in 2016,” Trump said in an interview with conservative radio host Hugh Hewitt. “It would have to depend on who the nominee was.” The GOP needs a unified base of support to unseat President Joe Biden, who is expected to announce his own reelection bid soon. The worst-case scenario for Republicans would be a losing Trump launching a third-party or independent bid, which would siphon votes away from the...