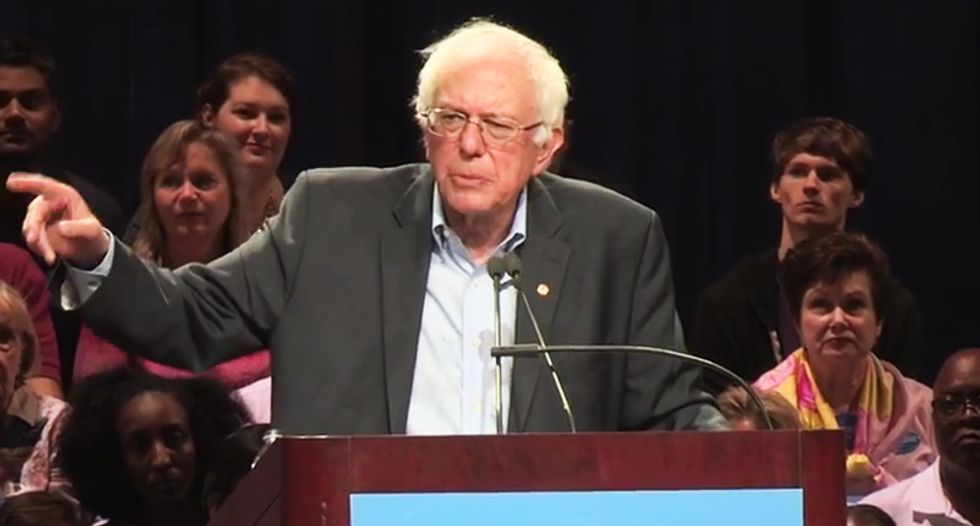 Following his townhall-style appearance at Netroots Nation that could have gone better, Democratic presidential hopeful Bernie Sanders told a packed house in Phoenix that, although the country has made great strides is race relations, "we still have a long way to go."

Before a fervent crowd that Sanders’ campaign spokesperson estimated at over 11,000 took time to switch gears from his message of economic populism to address the concerns of #BlackLivesMatters protesters who disrupted his talk earlier.

"It is not acceptable that an African-American male baby born today, if we do not change things, stands a 1 in 4 chance of being in prison during his life," the Vermont independent told the crowd.

Watch the video below, uploaded to YouTube by Dennis Gilman: