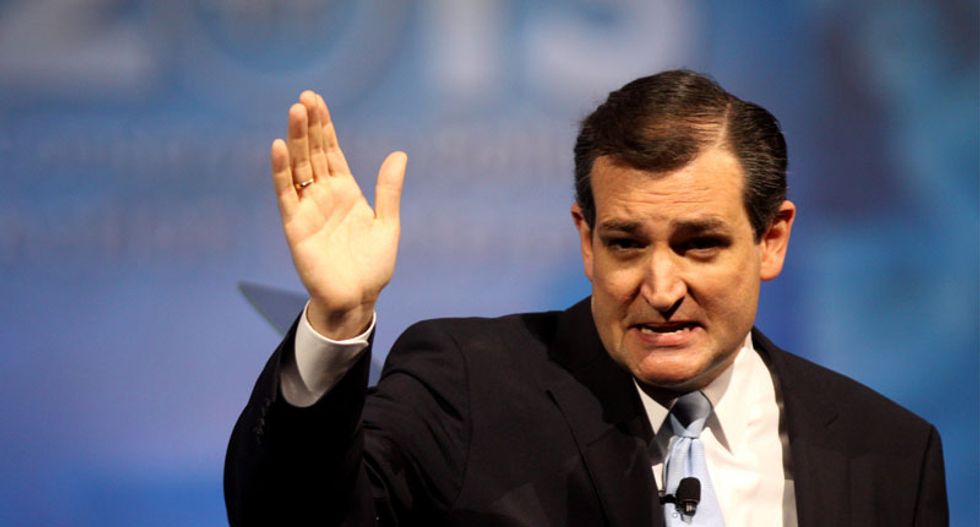 Republican presidential hopeful Ted Cruz says his book "A Time for Truth" is a legitimate bestseller and on Friday challenged the New York Times to prove its contention that the tome's high sales were due to bulk buying.

In a statement on his campaign website, the Texas senator said the New York Times should apologize or release evidence of its analysis. He said he was being kept off the bestseller list because the newspaper is politically biased against him.

HarperCollins Publishers said in a statement that it investigated sales of the book and "found no evidence of bulk orders or sales through any retailer or organization."

New York Times spokeswoman Danielle Rhoades Ha said the company stands by its statement on Thursday that Cruz's book did not meet the standards for its bestseller list, "which includes an analysis of book sales that goes beyond simply the number of books sold."

"In the case of this book, the overwhelming preponderance of evidence was that sales were limited to strategic bulk purchases," the statement said.

The book does not appear at all in the Times' top-20 non-fiction books.

Cruz's campaign denied there were any strategic bulk purchases and said booksellers at events on his campaign tour had long lines for people buying "A Time for Truth: Reigniting the Promise of America" and getting it autographed by the candidate.

HarperCollins said the book ranked high on other bestseller lists that omit bulk orders from their rankings, noting it was No. 4 on Nielsen BookScan's hardover nonfiction list, which is published on the Wall Street Journal and Publishers Weekly websites.

Barnes and Noble's website showed the book at No. 10 on its list of current affairs and politics bestsellers on Friday evening, but it was not in its overall top 100.

(Reporting by Fiona Ortiz in Chicago; Editing by Eric Beech and Ken Wills)