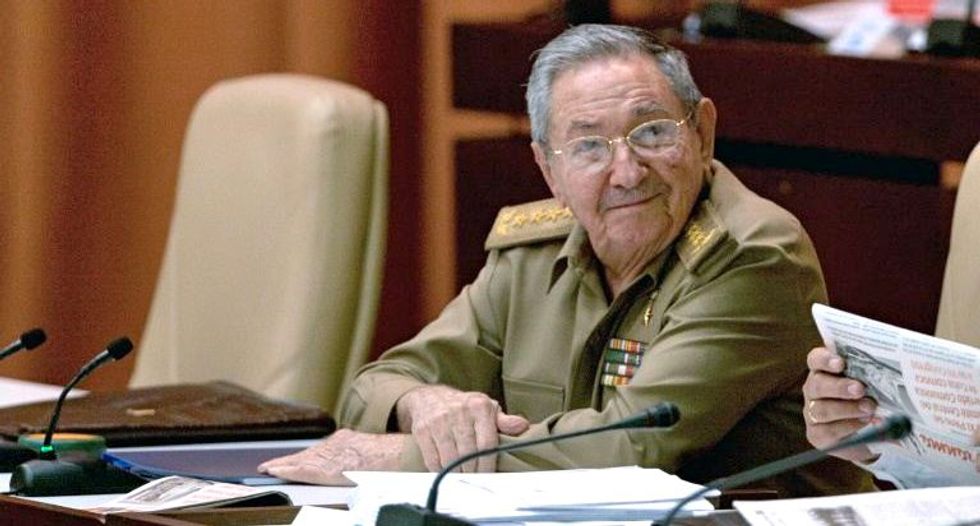 Cuban President Raul Castro asked his US counterpart Barack Obama Wednesday to use his executive powers to "dismantle" the economic embargo placed on his island nation.

Castro called the embargo, in place since 1962, the main stumbling block towards "normalization" between the two nations.

However, only Congress has the authority to lift the measure and its Republican majority has declined Obama's calls to repeal it.

Castro's comments came ahead of the formal reestablishment of diplomatic relations and the opening of embassies between the two countries on Monday.

The move will allow for a higher level of dialogue, but is just the first step in a complex process, with one of the biggest hurdles ahead involving ending the US trade and financial embargo.

"We hope (Obama) will continue to use his executive powers to dismantle aspects of this policy, which is causing damage and hardships for our people," Castro said at the close of the first of the island nation's twice-yearly meetings of its one-party National Assembly.

His comments were reported by Cuban state news portal Cubadebate as media was not given access to the event.

The reopening of embassies will culminate the historic decision by Obama and Castro on December 17 to begin normalizing relations between.

Monday "will begin a new stage, long and complex, on the way to the normalization of relations, which will require finding solutions to problems that have accumulated over more than five decades and affect the ties between our countries and people."

Castro reiterated, however, that in order to "normalize relations" the blockade would have to be removed.

US conservatives and members of its Cuban exile community have called on Obama to halt the rapprochement with Cuba until Havana carries out political and human rights reforms.