Repeat after me: Abortion regret is not a thing 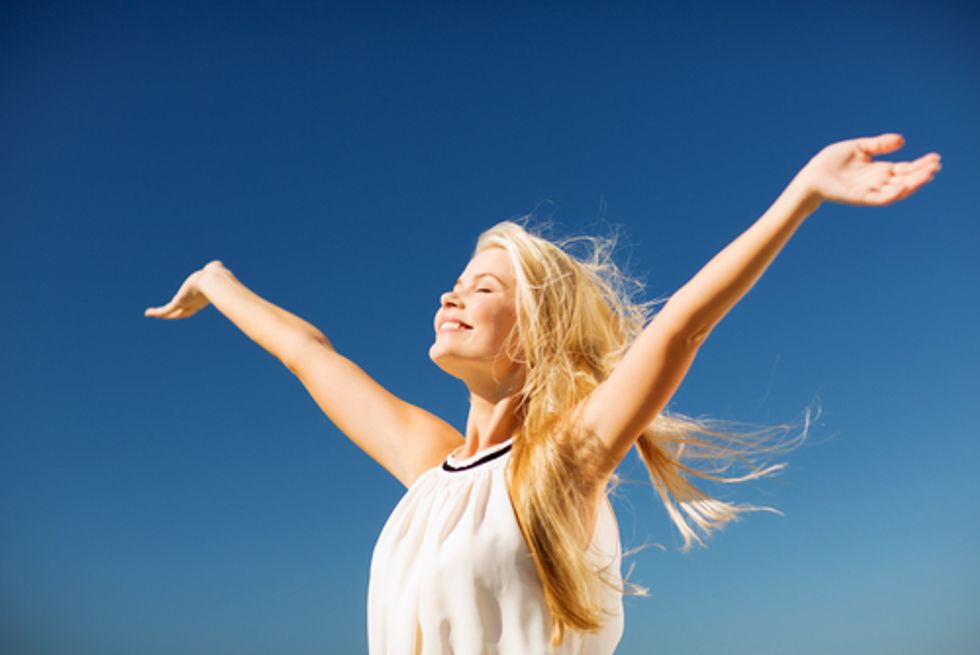 Abortion regret is not a thing. Repeat: Abortion regret is not a thing. A new study from Advancing New Standards in Reproductive Health shows that, contrary to anti-choice claims that women who get abortions regret the decision and spiral into depression because of it, abortion regret isn't actually a real thing. This is from a study examining women who both got an abortion and those who wanted one and didn't get it. Over 600 women who did get an abortion were asked, both immediately after the abortion and three years after the fact, how they feel about it. A full 95 percent reported that abortion was the right decision for them. Ninety-five percent.

These findings are not surprising to anyone who understands that women are people, but this study is nonetheless an important one. That's because the entire 21st century anti-choice movement is based on the narrative that abortion must be banned or at least strongly restricted to protect women from themselves. Anti-choicers realized that the deep misogyny of their movement---particularly in painting the 1 in 3 women who get abortions as murderers and sluts---was hurting them. So they decided to rebrand themselves as chivalrous protectors of women , trying to protect them from "abortion regret".

In other words, they utterly reject Dr. George Tiller's motto "trust women". If the modern anti-choice movement had a slogan, it would definitely be "women are not to be trusted". Indeed, this new narrative about how they're "protecting" women is just as misogynist as the sluts-and-murderers narrative. It rests on the assumption that women are basically children who are too stupid to make very basic decisions like when to have a baby.

Consider, for instance, this Think Progress interview with Dr. George Delgado, a sleazy character who claims he's invented a way to reverse abortions. (He hasn't.) His entire charade is about creating a scientific veneer for the "abortion regret" myth and his contempt for women is absolutely breathtaking. “Deep down in their hearts, they don’t want to have an abortion but they feel that it’s their only choice to resolve their situation," he told Think Progress. "I think part of it is how we’re all hard-wired as human beings — we’re all hard-wired to protect our young and to nurture our young, and so when we go against that nature of how we’re hard-wired, then it’s very difficult for us."

Don't let the "us" language fool you. What he's basically pushing here is a really ugly stereotype of women as basically walking wombs whose brains are there mostly to keep the womb running but have no higher functions than that. In the real world, women have a lot of needs and desires: Career ambitions, economic survival, educational goals, relationship issues, and yes, even the need to take care of born children. But Delgado reduces us to wombs with feet, so completely defined by this supposed instinct to bring every pregnancy to term that we don't even care about feeding and housing our born children. (Research shows that the need to take care of actual living, breathing children is cited as a reason for 32 percent of abortions.) It's interesting to me that the anti-choice idea of "nurturing" the young is strictly about what your body does without input from your conscious brain. The actual nurturing women do of actual children---the kind that requires thinking and making decisions---is ignored. That's because this is a movement ideologically opposed to the idea that women are capable of rational thought, one that believes women are devoid of decision-making abilities.

This study is critical not just because it's further evidence against this stereotype and for the pro-choice contention that women are capable of making their own decisions. It's crucial because it's more long-term than other studies disproving the claim of "abortion regret". Most research has only focused on how women feel about their abortions in the immediate aftermath, such as a week later. This allowed anti-choicers to suggest that down the road, in a year or two or three, it will suddenly hit you that you are a failure as a womb-walker woman and that you're going to plunge into depression and blah blah blah.

What researchers found instead is that abortion precedes an immediate and long-term plunge in feelings of anxiety and depression. 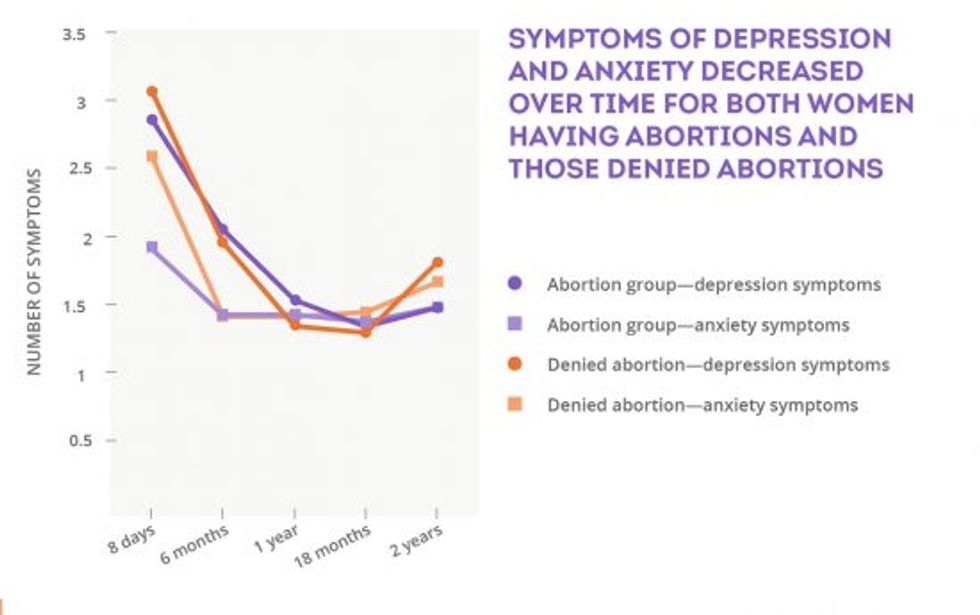 To be clear, both women who got and women who were denied abortions saw a drop in anxiety and depression. This isn't surprising, as uncertainty is a big driver of anxiety. However, over both the short and long term, what is clear is that women denied abortions experience more anxiety and depression. Far from protecting women from mental health problems, then, anti-choicers are planning to stoke mental health problems in a not insignificant number of women.

Not, of course, that they care. Whether their misogyny is being framed as hostile sexism or benevolent sexism, it's still misogyny and still rooted in the belief that women are supposed to be having babies all the time and if they aren't doing that, they are broken and need to be controlled.

But the main takeaway is this: Abortion regret is not a thing. Whenever someone invokes it, they are lying and playing off deeply misogynist stereotypes of women being fickle, childlike, and incapable of handling even straightforward decisions. People who invoke "abortion regret" don't care about women. They think women are too stupid to have freedom. That is not caring. That is hate.