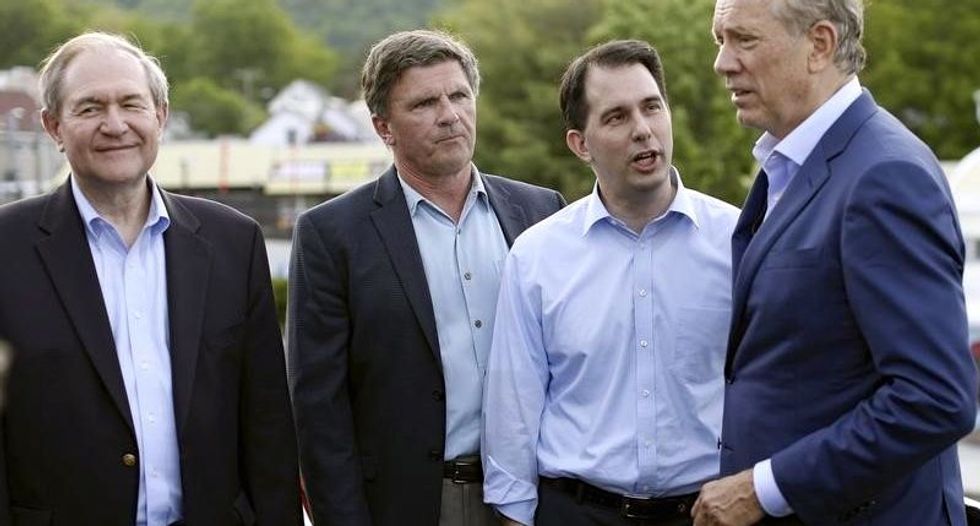 Governors, from left, Jim Gilmore of Virginia, Bob Ehrlich of Maryland, Scott Walker of Wisconsin, and George Pataki of New York share a moment during a sunset cruise with the Belknap County Republicans in Laconia, New Hampshire, May 29, 2015. REUTERS/Dominick Reuter

Former Virginia Governor Jim Gilmore filed the necessary paperwork on Wednesday with the Federal Election Commission to join the race for the Republican presidential nomination, the Associated Press reported.

Earlier this month, Gilmore told the Richmond Times-Dispatch newspaper that he planned to make his announcement entering the race in the first week of August.