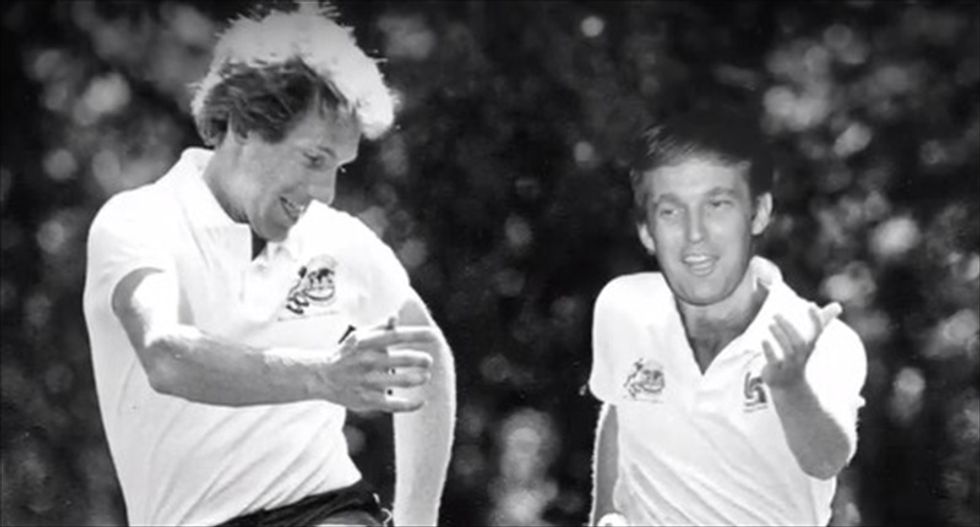 Funny or Die made the case on Tuesday that Donald Trump really is an American hero, with a video detailing his record as a POW -- a Prisoner of the University of Pennsylvania's Wharton Business School, that is.

"Instead of being free to fight for his nation, Trump was forced to stay on his college campus and slog through the swampy minefield of hotel/resort management," a narrator solemnly states.

While Sen. John McCain was held for years inside a North Vietnamese prison, Trump was subjected to indignities of his own at times when he wouldn't eat.

"It was a called a beer bong, and he was torture for him not to throw up in front of some of the Lacrosse players," the narrator argues. "Even in hard times, Donald kept it classy, especially around his lax bros. They were the classiest."

Eventually, the video states, Trump found his way to freedom -- "under the cover of a graduation ceremony" -- after avoiding any kind of recognition for his studies there. But unfortunately, he could not escape being able to avoid military service, having suffered a bone spur "during a vicious game of hacky-sack."

Watch Funny or Die take on Trump's "war record," as posted on Monday, below.