SC pastor rages over sex-ed: Contraception is like letting your kids play with rattlesnakes 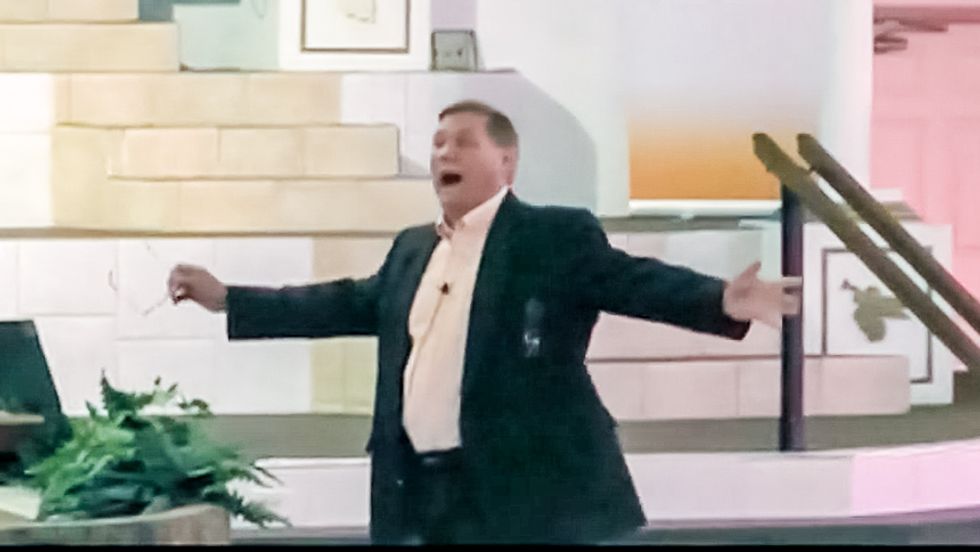 Pastor Danny Banks warned members of The Christian Church in Myrtle Beach, S.C. over the weekend that allowing their children attend sex education courses in public schools was like letting kids play with rattlesnakes and cobras.

In a sermon on Sunday that aired on WFXB, Banks said that the lies of "humanism, secular humanism, [the] new age movement, [and] liberalism" were being "read and spoke across America through the television, airwaves and radio."

"It's like a viper's egg," he cautioned. "You see, a viper is a very dangerous thing. I know people who wouldn't think at all of letting their little children go play with a bunch of cobras or rattlesnakes, but they put them in environments every day and the vipers are all around them, striking of what we believe, teaching them in morality."

"Sex education today doesn't teach you to abstain, it gives you a free condom," Banks insisted. "It tells you not to get pregnant. That's what it teaches. I've read their book, teaching young people today in schools and their families that it's okay now to be heterosexual or homosexual or whatever-sexual it is."

"When is the last time you heard anybody in schools teaching, preaching even in churches to abstain that which is evil, to save yourself for the beautiful thing called marriage?" he asked. "It's like viper eggs, they are everywhere around us. Pornography is everywhere in our society."

Watch the video below from The Christian Church via WFXB.