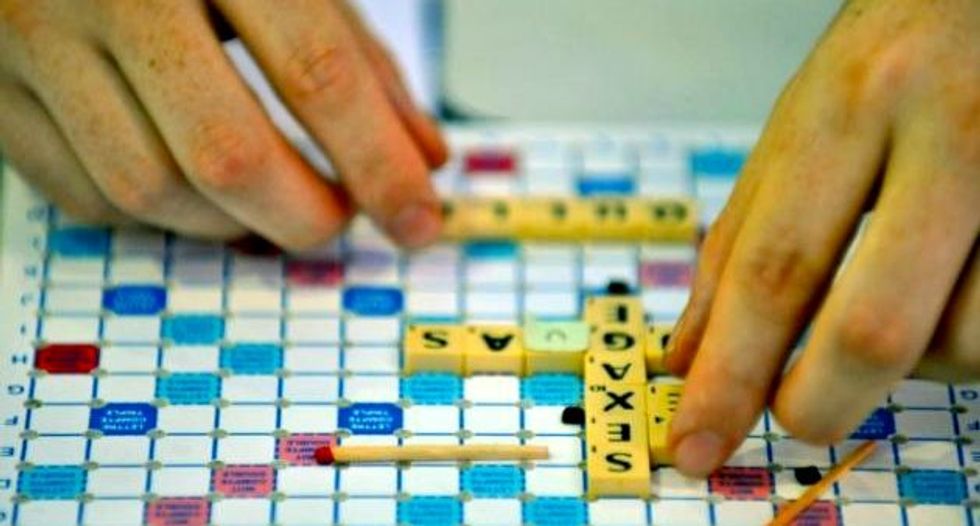 AFP/AFP/File - Nigel Richards, a 48-year-old New Zealander who was crowned the champion of francophone Scrabble, doesn't speak a word of French

Think you need to speak the language to win a top Scrabble match?

Nigel Richards, a 48-year-old New Zealander who was crowned the champion of francophone Scrabble on Monday, doesn't speak a word of French.

Bushy-bearded, bespectacled Richards is already a celebrity in the English version of Scrabble, winning its world championship in 2007 and again in 2011.

But this is the first time in history that a player who cannot speak the language of Moliere has won the francophone world championship, which was contested by 74 players in Belgium Monday.

"AMAZING!" the French Scrabble Federation tweeted -- in English. "Nigel, I love you," it added.

Federation spokesman Antoine Rousseau said Richards had had just nine weeks to prepare for the competition.

He did so by memorising all of the possible words in the official Scrabble dictionary, from two to 10 letters.

In a three-hour final match, Richards won against Gabonese player Schelick Ilagou Rekawe with a word played on two 'triple-word score' boxes -- the most coveted in the game.

The federation told AFP that unlike some other players, Richards has a great eye for planning his moves and doesn't need to shuffle around letters when forming a word.

The New Zealander, a resident of Malaysia, will participate in more Scrabble competitions in Belgium this week, but with the added challenge of playing a format where all players start with the same letters.

After his win on Monday, Richards received a warm round of applause... but then needed a translator to thank the audience.