Saudi Arabia considers its own nuclear options after Iran deal 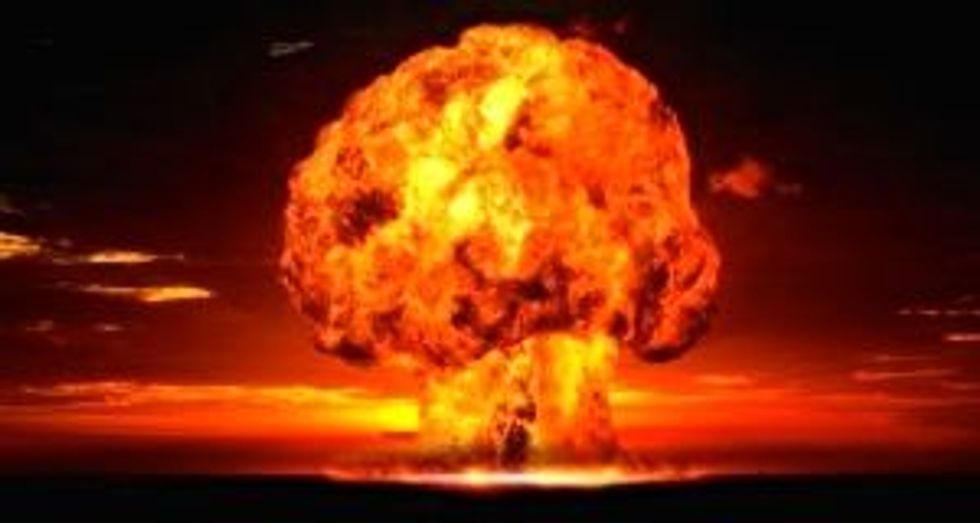 One likely Saudi Arabian response to the deal its biggest enemy Iran has struck with world powers is to accelerate its own nuclear power plans, creating an atomic infrastructure it could, one day, seek to weaponize.

But while it has recently made moves to advance its nuclear program, experts say it is uncertain whether it could realistically build an atomic bomb in secret or withstand the political pressure it would face if such plans were revealed.

"I think Saudi Arabia would seriously try to get the bomb if Iran did. It's just like India and Pakistan. The Pakistanis said for years they didn't want one, but when India got it, so did they," said Jamal Khashoggi, head of a Saudi news channel owned by a prince.

The conservative kingdom is engaged in a contest for power with the Islamic republic stretching across the region and fears the nuclear deal will free Tehran from international pressure and sanctions, giving it more room to back allies in proxy wars.

So far its response has been lukewarm public praise for the deal coupled with private condemnation, a reaction that follows a more muscular approach to Iran evident in its war against allies of Tehran in Yemen and more help for Syrian rebels.

However, some Saudis close to the ruling family have also warned that if Iran still manages to weaponize its nuclear program, then the kingdom will have to follow suit despite the cost of becoming a pariah state and rupturing ties with the U.S.

Analysts who follow Saudi Arabia are divided as to whether it really does constitute a proliferation risk, given its newly assertive stance towards the U.S. and the life-and-death import it places on the struggle with Iran, or whether it is bluffing.

They are also split on whether international pressure via meaningful sanctions could be imposed on a country whose economy depends almost entirely on trade, but whose ability to maintain massive oil exports is critical for global energy markets.

What senior Saudis have consistently said about the Iranian nuclear deal is that they will demand exactly the same terms. That would allow them a nuclear fuel cycle that could produce material for a bomb, but would also impose a tough inspections regime.

The kingdom's atomic power plans, like those of Iran, are based on the economic principle that it is better to use crude oil for revenue-generating exports to maintain social benefits than fritter it away on soaring electricity consumption.

Its nuclear body, the King Abdullah City for Atomic and Renewable Energy (KACARE), recommended in 2012 that Saudi Arabia install 17 gigawatts of nuclear power but it has not yet laid out plans to do so.

Riyadh has signed nuclear energy cooperation agreements with several countries able to build reactors, but recent deals with France, Russia and South Korea go beyond these by including feasibility studies for atomic power plants and fuel cycle work.

Daunting technical obstacles would still hinder any Saudi attempt to build a bomb, something that would most likely be achieved via a uranium enrichment process for which technological transfer between countries is closely regulated.

"It's very technically challenging to obtain the fissile material needed for a weapon and with the enhanced safeguard measures of the model additional protocol, the risk of detection is great," said Karl Dewey, the Chemical, Biological, Radiological and Nuclear analyst at IHS Janes.

The additional protocol is part of a stronger regime of inspections and safeguards that Iran has adopted and would likely be a condition of any Saudi nuclear program.

At present, the United States is so closely entwined with Saudi Arabia's political and security infrastructure that it would be hard to envisage Riyadh embarking on a nuclear weapons project without Washington finding out.

Going behind Washington's back to build a nuclear bomb would cause massive ruptures in a strategic security relationship that will remain vital to Saudi Arabia despite its efforts to create alternative alliances with other military powers.

The pair's relationship has weakened in recent years, but while they disagree on what role Washington should take in the Middle East, the U.S. remains Saudi Arabia's chief security guarantor, so it retains considerable leverage over Riyadh.

SAUDI BOMBAST OR A SAUDI BOMB?

Saudi Arabia's unique place in world energy - it is not only the largest exporter but maintains a large cushion of excess output capacity giving it unparalleled leverage over oil prices at a cost that no other producer appears willing to match - makes sanctions on its crude exports impossible.

But while oil sales accounted for 33 percent of economic activity and 87 percent of revenue in the kingdom last year, its non-oil sector is heavily reliant on imports, including food and consumer goods, which are theoretically vulnerable to sanctions.

Riyadh has for decades avoided using its ability to upset the world economy for political gain, but that could change if it felt threatened enough. It may bet that fears of a repeat of the 1973 oil embargo would stop any real international pressure over its nuclear plans.

"I'm sure Saudi Arabia is ready to withstand pressure. It would have moral standing. If the Iranians and Israelis have it, we would have to have it to," said Khashoggi, adding that he believed Riyadh's oil exports would immunize it from pressure.

Testing that theory, however, would represent a huge gamble for Riyadh. Whether the risks involved outweigh those they believe would be incurred by allowing Iran a nuclear advantage is something the kingdom's ruling Al Saud are doubtless considering.