Scott Walker announces 2016 candidacy on Twitter at 5pm on a summer Friday -- was it an accident? 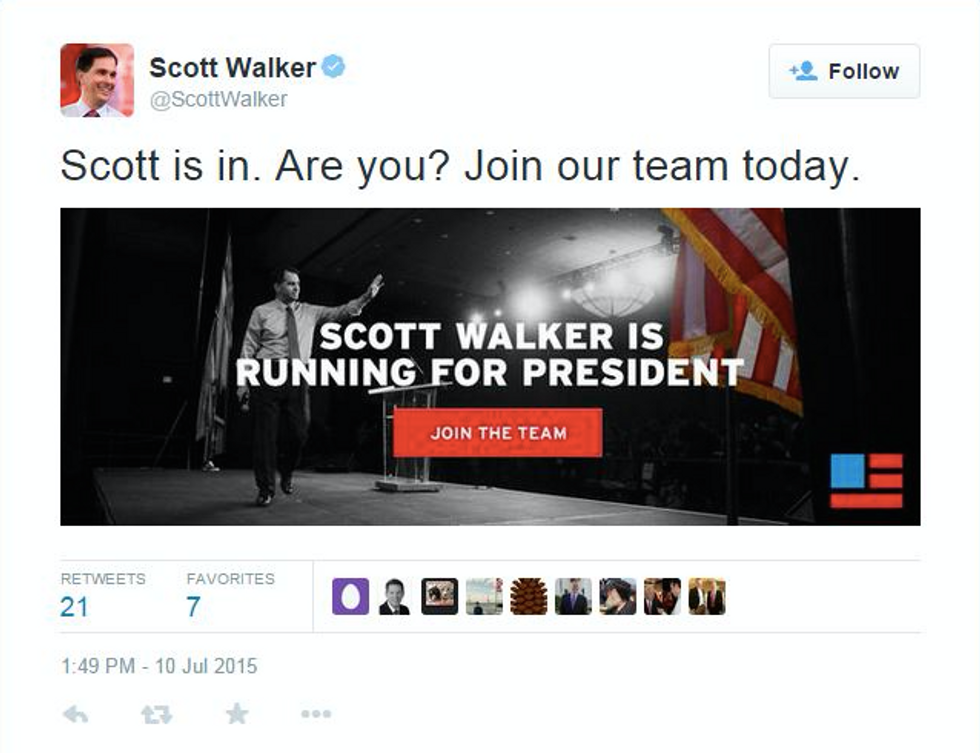 On Friday afternoon, Wisconsin Gov. Scott Walker (R) announced on Twitter that he is running for president.

The Walker campaign appears to be taking an unusual approach, consigning the announcement to the zone commonly known as the "Friday afternoon news dump," when people typically release news they hope will get buried in weekend coverage.

As of press time, an hour and a half after the announcement tweet was posted, it had garnered an anemic 8 "favorites" and 23 retweets.

Some people appeared to think it was an accident. Politico's Katie Glueck wrote that Walker "announced in what appeared to be an unintentional tweet on Friday."

Currently the tweet appears to have been removed from Walker's official timeline but is still visible under his account.

The Walker campaign was scheduled to announce on Monday with a speech and rally in Waukesha, Wisconsin.

.@ScottWalker You've been stringing people along for a week. NOW it's supposed to be a surprise? Pretty anti-climactic.
— Corinne Marasco (@Corinne Marasco) 1436564437.0

Others were openly hostile.

The Walker campaign so far has not released a statement.