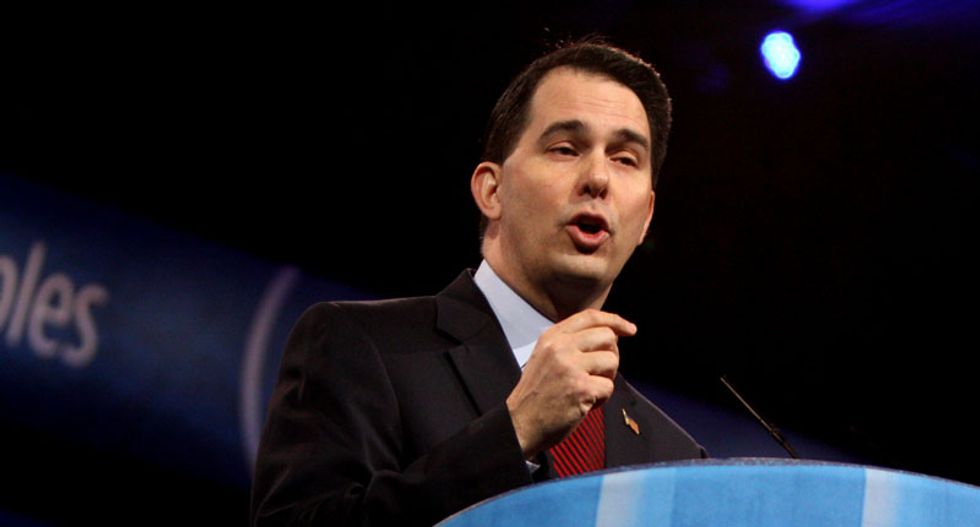 The Wisconsin Supreme Court on Thursday ruled that Governor Scott Walker's campaign and conservative groups did not break campaign finance laws during recall elections, clearing the Republican of an issue clouding his run for U.S. president.

The court ordered a special prosecutor to cease an investigation into whether Walker's gubernatorial campaign and conservative advocacy groups such as the Wisconsin Club for Growth unlawfully coordinated efforts during recall elections in 2011 and 2012, court documents showed.

"The special prosecutor's legal theory is unsupported in either reason or law. Consequently, the investigation is closed," the court wrote.

Walker on Monday launched his bid for the Republican presidential nomination in 2016 and has been campaigning in early primary states.

His campaign officials were not immediately available for comment.

"This closes a divisive chapter in Wisconsin history, and the assertive recognition of First Amendment rights by the Wisconsin Supreme Court protects free speech for all Wisconsinites," state Attorney General Brad Schimel said in a statement.

In June 2012, Walker became the first governor in U.S. history to survive a recall election. The investigation that was the subject of Thursday's ruling was launched two month later, and it also covered recall elections in 2011 involving other elected officials.

Walker rose to national prominence by defeating the recall election that grew from his challenge to the collective bargaining process for most public employee unions in Wisconsin. He won his first term as governor in 2010 and was re-elected in November 2014.

A federal judge in May 2014 stopped the probe after the Wisconsin Club for Growth filed a lawsuit accusing investigators of sidelining it from political activities and violating its rights to free speech, association and equal protection.

In May 2015, The U.S. Supreme Court rejected a bid to stop the investigation, leaving intact a federal appeals court ruling that overturned the decision by the federal judge.