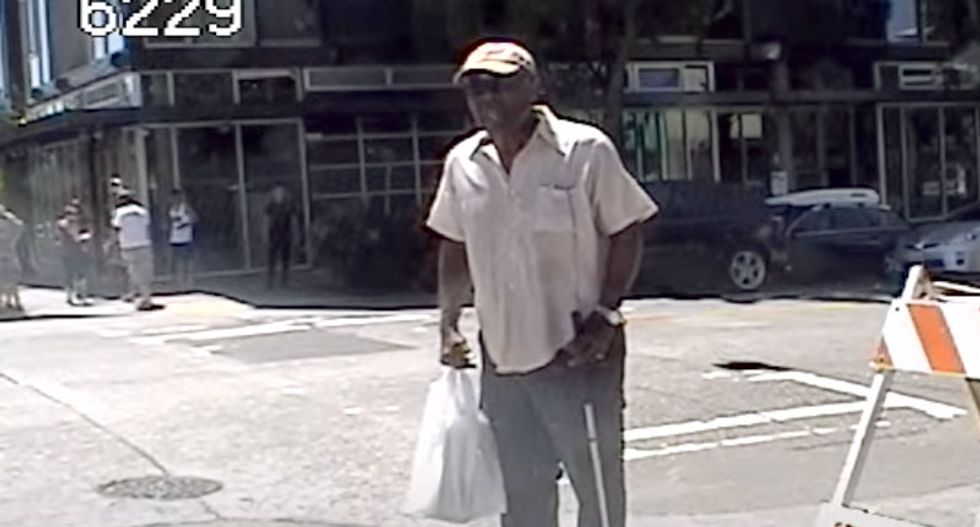 70-year-old William Wingate shortly before his arrest for allegedly threatening an officer with his golf club in July 2014. (YouTube)

A white Seattle officer should be fired for biased and improper policing after she arrested an elderly black man using a golf club as a cane during a walk last summer, the director of a police watchdog group said on Tuesday.

"After careful review and consideration of all the evidence, I recommended that the Chief of Police sustain the allegations and end the involved officer's employment," said Murphy.

The recommendations come after a U.S. District Court approved new de-escalation policies for the Seattle police department, which has been under federal monitoring for excessive force.

They also follow the deaths of several black men at the hands of white police officers in cities across the United States, which have fueled street protests critical of the police's use of force.

In Seattle, Wingate sued the city and the arresting officer, seeking about $750,000 in damages for racial discrimination, violation of his civil rights and "substantial humiliation, mental and emotional distress." The case is pending.

Wingate, a military veteran who requires a cane to walk, was using the golf club as a crutch, according to court papers. His arrest sparked protests. Charges against Wingate were dropped after his arrest and the police department has apologized.

The lawsuit says Whitlatch lied when she alleged he swung the golf club at her. Nowhere in a roughly seven-minute police dashboard camera video can he be seen swinging the club.

A police officer familiar with the ongoing investigation declined to discuss the matter in detail but said Whitlatch was notified on Monday she faces possible termination.

Whitlatch, who was placed on paid administrative leave following the arrest, will have the opportunity to present her case next month to Chief Kathleen O'Toole, who will make a final decision on the course of discipline, Murphy said.

Murphy said the investigation did not specifically include a Facebook message she appeared to post after the incident in which Whitlach described black paranoia over white people being "out to get them."

The department has since implemented "a fairly clear and strong policy" barring officers from making comments on social media that are detrimental to the agency's values, Murphy said.

Watch video below, via The Stranger: