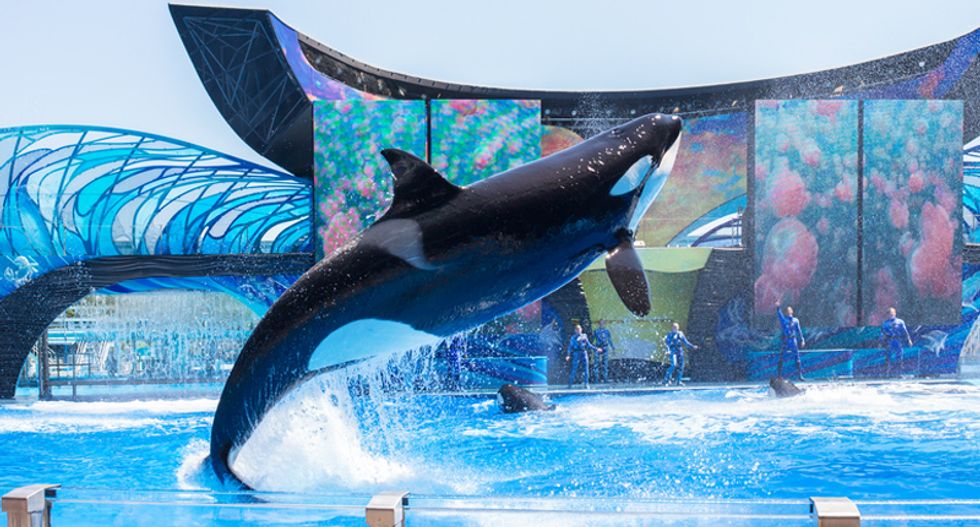 San Diego's SeaWorld has been accused by animal rights activists PETA of inserting multiple spies into their organization in an effort to disrupt and discredit the organization, the San Diego Union Tribune is reporting.

Earlier in the week, the aquatic theme park suspended a human resources employee -- identified as Paul McComb --  who had allegedly been participating in PETA protest activities and attempting to incite illegal actions.

According to PETA, Sea World is using McComb as a scapegoat and that he is not the only employee inserted into the group by the embattled theme park operators.

"Suspending your own agents is an old trick, which usually comes with a backroom deal of compensation and a promise to bring them back when things die down, which is unlikely to be the case with this beleaguered business," PETA President Ingrid E. Newkirk said in a statement. "Furthermore, we do not believe that SeaWorld limited its espionage efforts to McComb's activities. It has hired protesters to attend SeaWorld rallies, and PETA is currently looking at two more men we believe were SeaWorld agents hired to infiltrate PETA as 'volunteers,' and the list may grow."

According to PETA, McComb attended the 2014 Rose Parade with other PETA supporters and attempted to incite members to violence against the SeaWorld float before being arrested and then let go without charges being filed. PETA said they will be releasing photos of other members they suspect may be SeaWorld employees.

SeaWorld has been reeling since the release of  the documentary "Blackfish," detailing the horrible living conditions the theme park's signature orcas live in while in captivity. Attendance has plummeted and the CEO was forced out last December as the company scrambled to shore up their image.

In March of this year, SeaWorld launched a smear campaign against a former employee who ripped the conditions at the park, releasing video of him making racist statements.

The latest revelation of corporate espionage does not come at a good time for SeaWorld which is seeking approval to build an even larger tank for the killer whales at a time when the public is pushing the operators to release them from captivity.