Senate bill could kick 200,000 seniors off Social Security if they have an arrest warrant 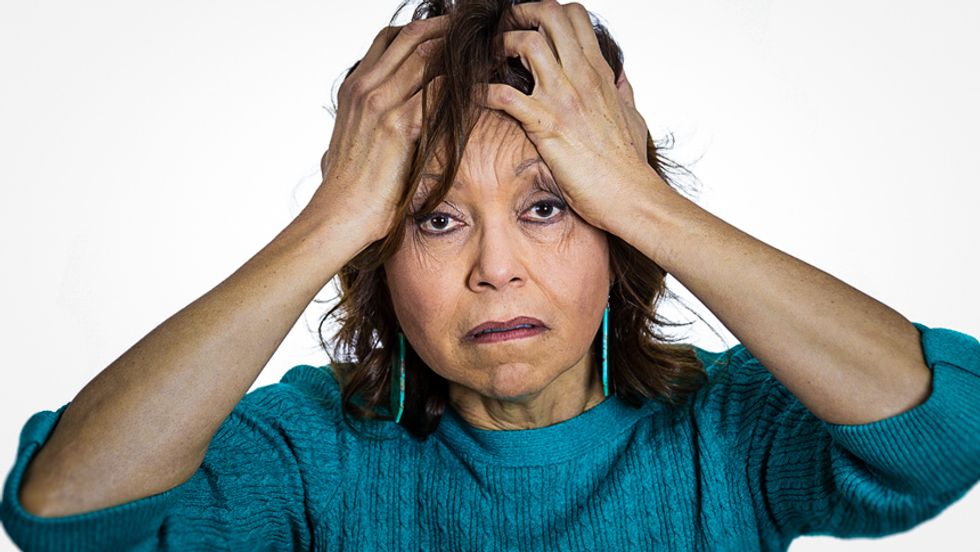 The large transportation funding bill moving through the Senate would end Social Security benefits for 200,000 people who have an outstanding felony arrest warrant—but have never been convicted by a court, or have a warrant for violating probation or parole, according to disability rights advocates tracking the legislation.

The proposal, which surfaced late Tuesday, is at odds with recent Republican statements on the need to take up meaningful criminal justice reforms such as less harsh sentencing. It also sets a precedent of raiding Social Security funds for unrelated purposes, in this case transferring $2.3 billion for a range of transportation expenses.

The Senate will be voting on the proposal as part of package of amendments midday Wednesday, where 60 votes are needed to add it to the transportation bill. It also takes several billion from selling oil in the strategic petroleum reserve, Treasury bond interest rates, and U.S. customs fees.

“There are two key issues here,” said T.J. Sutcliffe, income and housing policy director for The Arc, a national disability rights organization. “One is that the Social Security Trust Fund should not be used for unrelated purposes, no matter how important. And the other is Congress is considering cutting off benefits to 200,000 people who rely on Social Security and SSI [disability] benefits, who, in the case of arrest warrants have never been convicted.”

The proposal surfaced in the Senate on Tuesday in a package of amendments (page 949, Section 52303) being added to a transportation bill. The House’s version of the bill only would have extended funds for several months, while the Senate is looking at a six-year proposal—which becomes a vehicle for many other languishing bills.

Slightly different versions of a bill to punish people with outstanding felony warrants, or warrants for violating probation or parole, were introduced in both chambers. Disability and low-income advocates were quick to criticize the proposals, saying that they will punish people who rely on Social Security with little law enforcement benefit.

“It would not help law enforcement secure the arrest of people they are seeking for serious crimes,” explained Justice In Aging. “Law enforcement is already notified of the whereabouts of every person with a warrant for a felony or an alleged violation of probation or parole who turns up in the Social Security Administration (SSA) databases.”

The anti-poverty law group listed 10 reasons why the proposal was unduly punitive and would have very draconian consequences:

• “Those most likely to lose benefits are generally those most in need.

• A significant number of people will become homeless when they lose their benefits.

• Some people have had benefits cut off while residing in nursing homes.

• A very high percentage of those who will lose their benefits are people with intellectual disabilities or mental illness.

• An unusually high percentage of those who lose benefits are African-Americans.

• Many will lose Medicare outpatient (Part B) coverage because of inability to pay the quarterly premium.

• Eliminating what may be their only source of income does not help resolve these issues.

• Many people never know that a warrant has been issued for them as warrants are often not served on the individual.

• These warrants are often not easily resolved since many of those who lose benefits live far from the issuing jurisdiction.

• SSA will have increased administrative costs for processing appeals and requests for waiver of recovery of overpayments.

“A majority of those affected who are receiving benefits based on disability fall into these categories,” it said. “Large numbers of those who will lose benefits had warrants routinely issued when they were unable to pay a fine or court fee or probation supervision fee.”

On Wednesday morning, Social Security and disability advocates were lobbying some Democrats to vote against cloture—or the 60 votes needed to adopt the package of amendments—scheduled for Wednesday mid-afternoon. Those included California’s Sen. Barbara Boxer, who apparently signed off on the proposal—saying that Social Security would still have discretion to preserve benefits on a case-by-case basis.

However, talk of those “safeguards” and “good-case exemptions” was not reassuring to Arc’s Sutcliffe.

“It is pretty clear it is relying on cutting people off benefits in large numbers to generate savings,” she said.