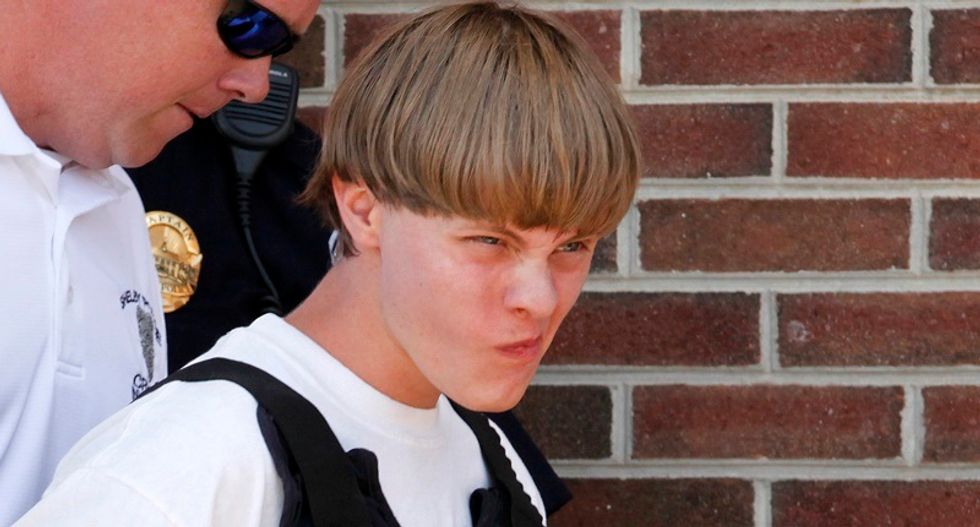 A South Carolina judge on Thursday extended for another week a temporary order sealing court documents and silencing lawyers and others involved in the case of the slaying of nine people at a historic black church in Charleston last month.

Ninth Circuit Judge J.C. Nicholson cited concern about "any graphic pictures of the victims dead on the floor of the church or 911 calls that might have recorded the sounds of victims."

Suspected gunman Dylann Roof sat quietly in a gray striped prison suit and shackles next to a public defender during a 30-minute hearing in which the judge set July 11, 2016, for the start of the trial.

The 21-year-old white man was arrested a day after the killings and charged with nine counts of murder in what authorities say was a racially motivated massacre.

The South Carolina Press Association has challenged a decision by Nicholson last week to issue a gag order on potential trial participants as well as banning the release of documents in the case, including 911 police dispatch calls, coroner's reports and witness statements.

Nicholson extended the ban until a hearing on Wednesday afternoon to allow other interested parties, including relatives of the victims, to be heard.

Nicholson issued the order on Friday citing "substantial pretrial publicity" that could jeopardize Roof's right to a fair trial.

The press association argues the public has a right to know about the case and that the judge's order is too broad.

Thursday was Roof's first appearance in court since a magistrate's bond hearing on June 19, in which he appeared by video standing in a nearby holding room and victims' family members expressed their grief and forgiveness of him.

Indictments were handed to the defense at Thursday's hearing. Roof has yet to enter a plea.

Roof was also indicted on three counts of attempted murder and the use of a firearm during the violent crime of murder. He also faces possible federal hate crime charges.

After the murders a website linked to Roof surfaced containing a racist manifesto and showing him in photos posing with Confederate flags, a banner from the American Civil War widely considered a symbol of slavery.