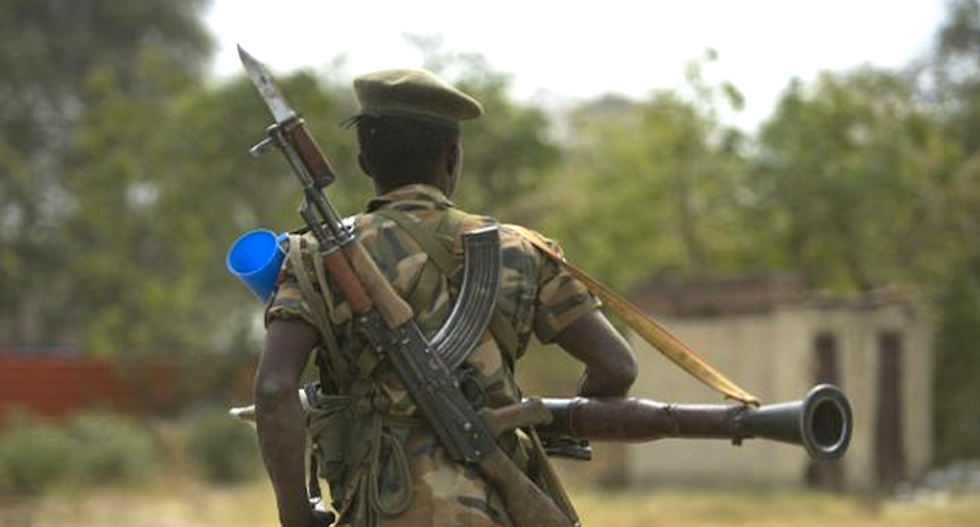 Girls gang raped by soldiers then burned alive, boys castrated, armies of child fighters: the litany of atrocities in South Sudan's civil war is growing, with the international community apparently powerless to stop the fighting.

As the world's youngest nation prepares to mark its fourth year of independence from Sudan on Thursday, South Sudan finds itself in the ignominious position of being "lower in terms of human development than just about every other place on earth," according to a UN report documenting the ravages of the war.

Analysts warn the only obvious diplomatic leverage left to pressure the warring parties into making peace -- sanctions -- could actually worsen the conflict.

The war began in December 2013 when President Salva Kiir accused his former deputy Riek Machar of planning a coup, setting off a cycle of retaliatory killings across the country that has split the impoverished landlocked nation along ethnic lines.

Kiir and Machar have accepted "collective responsibility for the crisis", but the 18-month-old war, in which tens of thousands have been killed, rumbles on with no end in sight.

At least seven ceasefires have been agreed and broken. When Kiir and Machar last met in late June they failed to even agree a deal on paper, with the talks failing to "bear any tangible results," a rebel spokesman said.

Last week, the UN Security Council imposed a travel ban and asset freeze on six commanders -- three from the government side and three rebels.

"Those who commit atrocities and undermine peace will face consequences," the US Ambassador to the UN Samantha Power said.

But three of those named had already been slapped with European Union and United States sanctions that have failed to stem the violence, as asset freezes and travel bans mean little to battlefield commanders.

The International Crisis Group warned UN sanctions on those directing the fighting -- the calls for sanctions have stopped short of naming Kiir and Machar -- could "turn individuals and communities in South Sudan who currently favor a peace agreement against the international community."

But UN reports of a "new brutality and intensity" of violence with a "scope and level of cruelty that... suggests a depth of antipathy that exceeds political differences," indicates little, if any, appetite for peace.

John Prendergast, from the US-based Enough Project campaign group, said sanctions could "combat the climate of impunity" but said more were needed "on officials higher up the flagpole of authority."

Billions of dollars in aid and development funds have poured in since a 2005 peace deal with Khartoum that ended a decades-long civil war and paved the way to an overwhelming vote for independence in 2011.

Yet international influence is now limited, even for backers of South Sudan's independence such as Washington, or those with powerful economic roles such as China, once the main buyer of South Sudan's now largely stalled oil production.

Few see change coming from leaders on either side despite the humanitarian crisis gripping South Sudan, where two-thirds of the population of 12 million need aid including food, medical treatment and military protection.

Former UN aid chief to South Sudan Toby Lanzer, who was barred from the country last month after warning of an economic meltdown, said the "political intransigence" of the country's leaders is fuelling the conflict, echoing similar warnings from the African Union.

"The continuation of hostilities, in total disregard of the suffering of the people, is tantamount to the abdication by the South Sudanese leaders of their most fundamental responsibility," the AU Peace and Security Council said.

An AU inquiry said Kiir and Machar were both responsible for "organised massacres" and ethnic killings and recommended they both be barred from political office. It was shelved over fears its strong line would torpedo the floundering talks, but was later leaked.

Meanwhile neighbouring countries are being dragged into the war.

Over two dozen armed groups are involved in the fighting, with thousands of Ugandan troops backed by helicopter gunships supporting Kiir, while Sudan is accused of arming Machar's rebels.

"Sanctions on leaders are a last resort," said one diplomat close to the talks. "The hope is still to get them to talk and strike a deal."