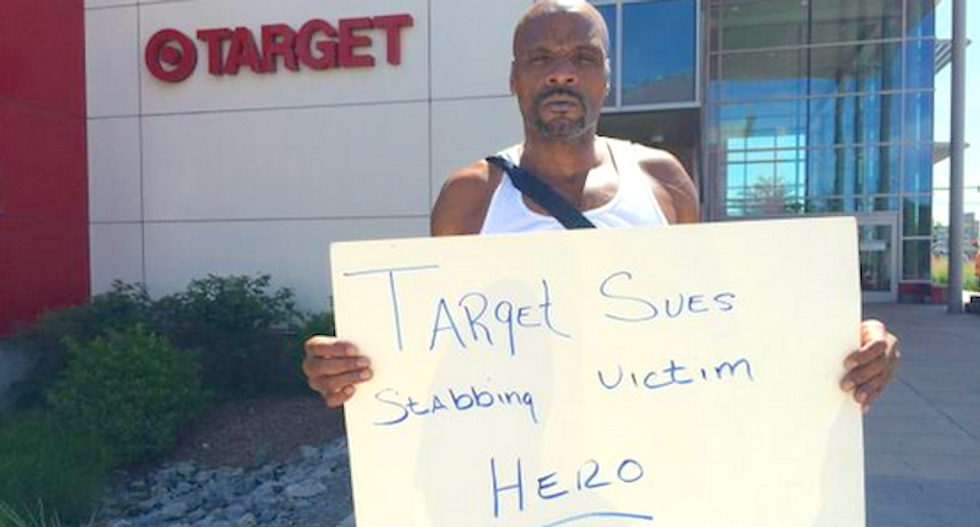 Target has sued a man who helped stop a knife-wielding man from killing a teenage girl inside a Pittsburgh-area store.

Leon Walls was found guilty but mentally ill in connection with the March 2013 attack of 16-year-old shopper Allison Meadows.

Michael Turner and two friends confronted Walls inside the East Liberty store after he stabbed their friend in the shoulder several blocks away, and they followed him to Target, reported WTAE-TV.

Turner grabbed a baseball bat and went with the wounded man and two other friends to find Walls, and their pursuit led them into the store.

“He grabbed a little girl, he didn’t stab her at that point, he was talking, saying (that) he was trying to get out the store and (my friend) told him, ‘You’re not going nowhere ’til the police come,'” Turner said. “That’s when he started saying, ‘Y’all think I’m playing, y’all think I’m playing -- I’m not playing.’ And he stabbed her the first time. Then he stabs her again.”

Target claims in its lawsuit that Turner and his friends are solely responsible for the stabbing because they failed to stop Walls from going inside.

Meadows and her family are suing Target for damages, and their attorney believes the suit against Turner is an attempt by Target to shift blame for the attack.

“Suing Michael Turner is just Target’s way of trying to blame someone else for what happened under their own roof," the family's attorney said in a statement. "The family certainly doesn’t blame Mr. Turner and they are thankful that he was there that day.”

Target's lawsuit names Turner and two friends, Roland Smith and Jobe Wright, as well as the homeless Walls -- who is awaiting sentencing.

Turner said he fractured his hip during the confrontation, and his friends were wounded by the knife-wielding assailant.

The man said he had no money or attorney to fight Target's lawsuit because his hip injury left him unable to work, and he has staged a protest outside the retailer to help draw attention to his case.

"I figure if I come out here and let the public see what's going on, I think I'll get some help from the public,” Turner said.