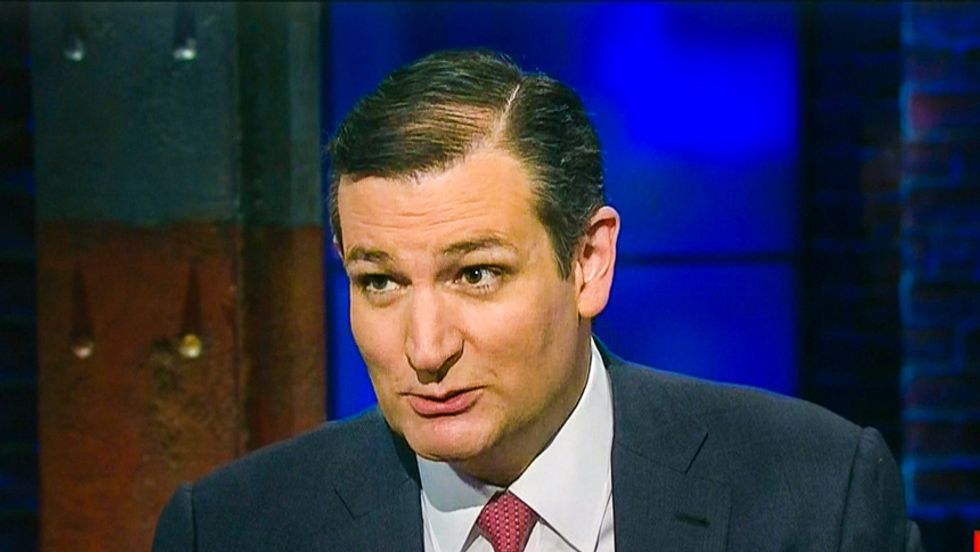 The Canadian-born son of a Cuban immigrant claimed last week during an appearance on “The Jan Mickelson Show” that Democrats are encouraging illegal immigration, reported Right Wing Watch.

“It’s one of the reasons why I’ve been so vocal in the past couple of weeks defending Donald Trump, because you’ve had a whole slew of 2016 Republican candidates running out of their way to smack Donald Trump with a stick, and not only am I not going to do that but I have been singing his praises,” Cruz said.

Cruz said Trump had verbalized the essence of the legislative policies he had been pursuing since elected senator.

"Yes, he speaks in colorful language (and) it's not always artful, but he is focusing on the enormous problem of illegal immigration and the need to secure the border," Cruz said. "This is something I have been fighting for for years, leading the fight to secure the border and he is absolutely right."