The New Lamentations: There is much butthurt in Jesusland because the gays are getting hitched 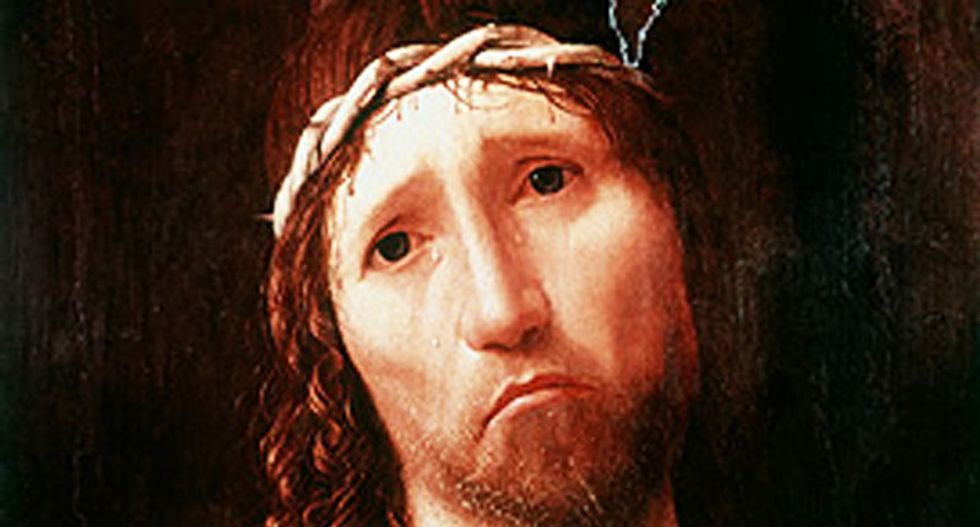 Joy is gone from our hearts;

our dancing has turned to mourning.

The crown has fallen from our head.

Woe to us, for we have sinned!

Because of this our hearts are faint,

because of these things our eyes grow dim

for Mount Zion, which lies desolate,

If you listen closely you can hear it in the distance.

The rending of garments, the gnashing of teeth, the wailing unto the Lord, the lamentations,  and the world without end - amen - butthurt of conservative Christians who are asking "Why, oh Lord, are you letting those dicks on the Supreme Court shove gay marriage down our throats?"

Because it's always with "the shoving" and the "down the throats" with these people.

Now that officially sanctioned gay marriage casts a pall  upon the land like a fabulous rainbow cloud showering us with glitter, Christians are surveying the blasted landscape of what used to be their privileged mayo-on-white-bread lives and wondering how they will arise each day knowing that gays not only dress better than them, but can now get gay married to boot.

Writing in Time Magazine, Rod Dreher says a hard rain's a'gonna fall on Christians who are now "exiles" in their own country.

(He wrote this before he sashayed off to Tuscany and - shut up - he's not gay, no matter what the pictures look like.)

The fundamental norms Christians have long been able to depend on no longer exist. To be frank, the court majority may impose on the rest of the nation a view widely shared by elites, but it is also a view shared by a majority of Americans. There will be no widespread popular resistance to Obergefell. This is the new normal

Shorter: Everybody now has to get a gym membership -- that they will actually use --and also have butt sex too. Sorry, them's the rules, Anthony Kennedy said so.

Having been brought up in a world where there was an extensive menu of epithets to call gays -- homo, faggot, queer, pansy, nancy-boy, fudge packer, ass bandit, sodomite, fairy, carpet muncher, pillow biter, and sperm burper -- Christians are faced with a future of being labeled a "bigot."

I'll wait until you un-clutch your Rosary and say a few novenas at the horror of it all.

With a history of having been crucified and thrown to the lions, they sure don't make Christians like they used to if being called a bigot or being laughed at is all it takes to get them to look to sky and cry out, "Why hast thou forsaken me?"

As they used to tell us in Catholic elementary school when we went to the nuns crying that we had skinned a knee: "Sack up, Mary, before I show you what real pain is."

In the meantime Dreher is pushing something he calls the "Benedict option" and, like "fetch," I'm not sure it's going to happen. It has something to with voluntarily going into the wilderness to pray, then forming little communities of like-minded people who blissfully shut out the secular sinful world and pretend that it doesn't exist.

Too bad Utah is already taken, I hear it's nice.