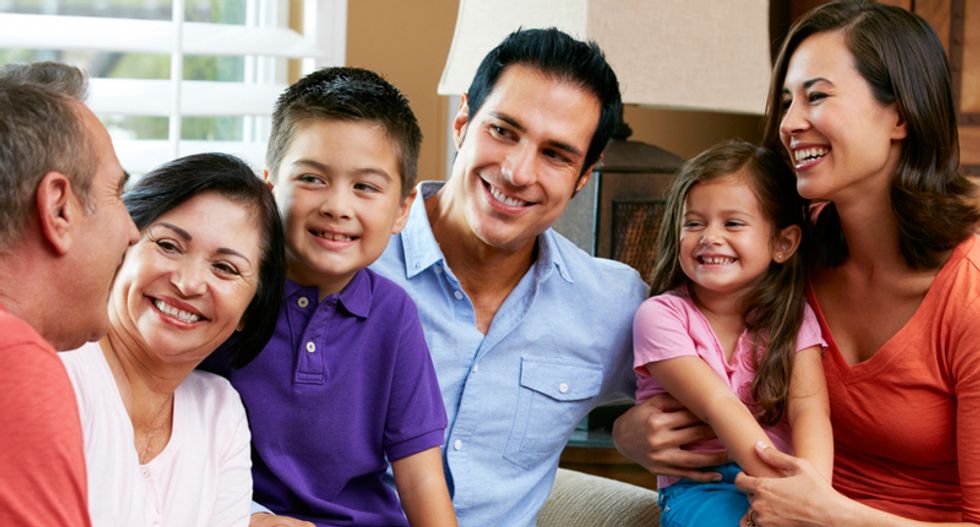 When Donald Trump described Mexican immigrants as rapists and drug smugglers last month, Latinos took to social media to express their outrage and urge businesses to sever ties with the billionaire presidential candidate.

In short order, more than 10 organizations canceled their deals with Trump, in what Latino activists are calling an unprecedented recognition of their economic clout.

Latino spending power will hit $1.5 trillion this year, up 50 percent from 2010, according to the Nielsen Co, which analyzes consumer spending trends.

At an average age of 27, the Hispanic population is a decade younger than the U.S. average and just entering the prime of its earning power, market researchers said.

"Latino millennials have purchasing power and they're not going to tolerate Trump's comments," said Luis Fitch, a Mexican-American co-founder of UNO Branding, a marketing consultancy in Minneapolis. "Corporations understand the numbers, they don't want to risk this."

Hispanics under 30 were the single largest group behind a high-profile "Dump Trump" petition to Macy's Inc, which got more than 730,000 signatures, according to Angelo Carusone, organizer of the petition by liberal activists Moveon.org.

Carusone said he was in close contact with Macy's for days before the department store chain said in a July 1 statement that it would phase out Trump's menswear collection because it had "no tolerance for discrimination."

"Continuing with a brand association that alienates a rising customer base and makes them think negatively about the company just doesn't make good business sense," said a Macy's official, who spoke on condition of anonymity. "You just cannot ignore the buying power the community has and no retailer in their right mind would want to turn them away."

Trump has stuck to his stance that many illegal immigrants coming across the Mexican border are criminals, but said that some of his criticism has been distorted.

"Many fabulous people come in from Mexico and our country is better for it," Trump said on Monday.

The backlash on social media was initially slow. On June 22, Univision's lead anchor, Jorge Ramos, challenged Trump to run his businesses without Mexican labor. "A day without Mexicans would stop the Trump empire," Ramos wrote in an article published on Univision's website and his own blog.

That same day, Adriana Almanza, a 28-year-old admissions counsellor at Grand Valley State University in Grand Rapids, Michigan, posted a letter on Facebook addressed to Trump about her immigrant father, Raul. She said her father towers over Trump and represents the best of Mexico: humble and hard-working.

In two days, Almanza's letter had been shared more than 88,000 times. The buzz on social media increased as celebrities jumped in, including Colombian singer J Balvin.

"There is much hate and ignorance in your heart," wrote Ricky Martin, in Spanish, using the #latinosunidos, or Latinos united, Twitter hashtag. More than 11,000 tweets and retweets with that tag were sent in the past month. More tweets flooded in under the #yourefired and other hashtags, many from non-Latinos.

On June 25, Spanish-language broadcaster Univision said it would not broadcast the Miss USA pageant and would cut ties to the Miss Universe Organization, a joint venture between Trump and Comcast Corp's NBC Universal.

A decade ago, Latinos flexed their political muscles with nationwide demonstrations over immigration reform. This is the first time corporations have responded broadly to Latino pressure, said Jorge Chapa, a professor of Latino Studies and government affairs at the University of Illinois at Urbana-Champaign.

"What I think is unique about the response to Trump was the fact that major corporates also took action," Chapa said.

Trump's general counsel, Alan Garten, said his boss's comments had been taken out of context by the media. "To say (Trump) is anti-Mexico or anti the Mexican people would be completely inaccurate," he said.

Garten said Trump's political campaign is thriving, pointing to recent polling that shows him in second place in the race to be the Republican Party's nominee for the 2016 election.

Garten also pointed out that Univision and NBC Universal had not formally pulled Trump's Miss USA pageant, while ESPN's decision to pull a golf tournament from a Trump course was a one-off event with no significant financial impact.

Still, Trump argued in a $500 million lawsuit against Univision that with no Spanish-language broadcast, his pageants will likely lose "tens if not hundreds of millions" of dollars in revenue from advertising, promotions, sponsorship, licensing and merchandising.

A new five-year contract for exclusive Spanish-language broadcast rights, signed in January, was worth $13.5 million to Trump, according to the suit filed last month.

"The potential fallout from Univision's brazen decision to simply walk away from its contractual obligations is catastrophic," the lawsuit said.