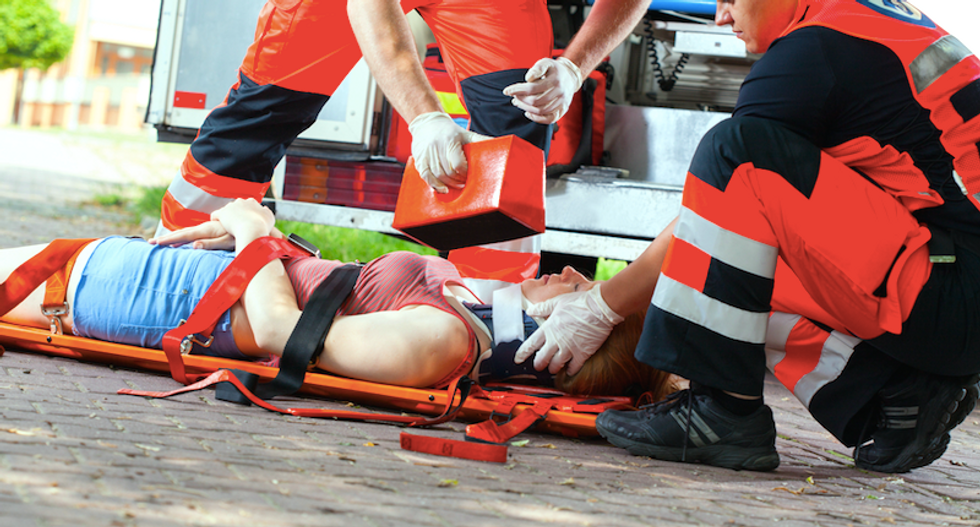 Three teenagers were injured Saturday evening in a truck crash at Confederate flag rally in Arkansas.

Witnesses said the teens were riding the bed of a pickup truck parading the contentious flag in Greenwood when another Confederate flag-festooned pickup truck struck them from behind, reported KSFM-TV.

All three teens went head-first into the rear window, witnesses said, and photos from the scene show the window was smashed out.

Eyewitness photos show the teens being treated by Sebastian County emergency medical crews at the scene.

Authorities have not released any information about the crash or the victims' condition.

A bystander captured video from another Confederate flag rally last month in Georgia showing two pickup trucks crashing into one another, setting off a chain reaction.

"God don't like ugly," the videographer joked during that previous incident.