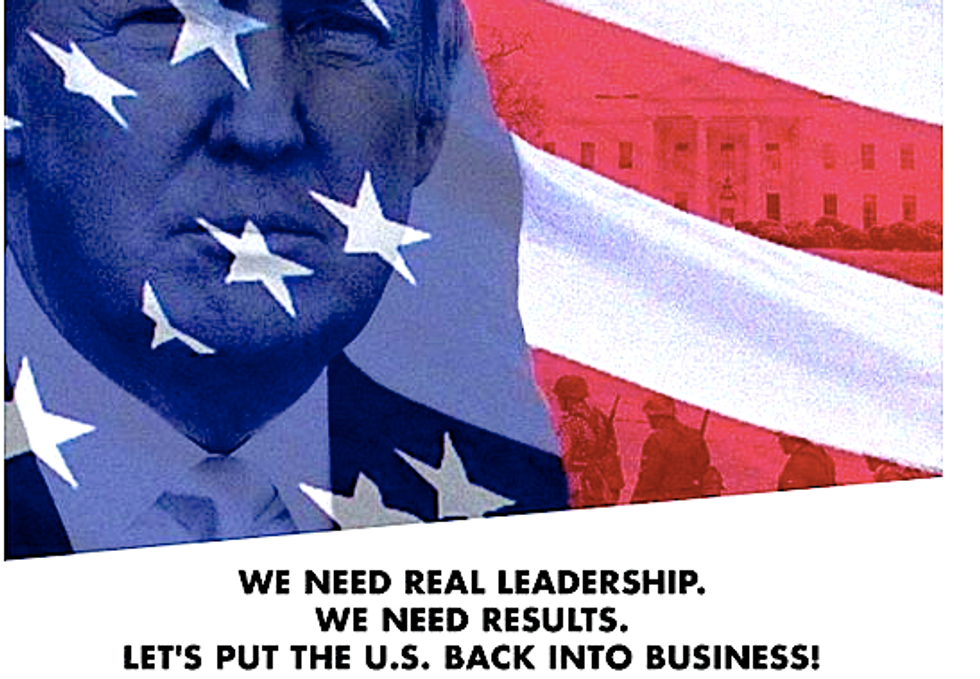 On Tuesday afternoon, the Donald Trump 2016 campaign tweeted an image that contained a stock art photo of World War II Nazi Waffen soldiers on the march along with the hashtag #MakeAmericaGreatAgain.

Mother Jones reported that within minutes, sharp eyes had identified the soldiers.

The campaign yanked the tweet down, but not before dozens of screen grabs had been taken.

At length, the source of the stock images was identified.

In the end, the campaign responded by blaming an intern, saying, "Mr. Trump has been in Charlottesville, Virginia all day at the opening of a development. A young intern created and posted the image and did not see the very faded figures within the flag of the stock photo. The intern apologized and immediately deleted the tweet."

Trump interns are apparently making campaign publicity materials. On their own initiative. With no approval process. Tight ship over there.
— Simon Maloy (@Simon Maloy) 1436904310.0

Here is a screen capture of the original tweet: 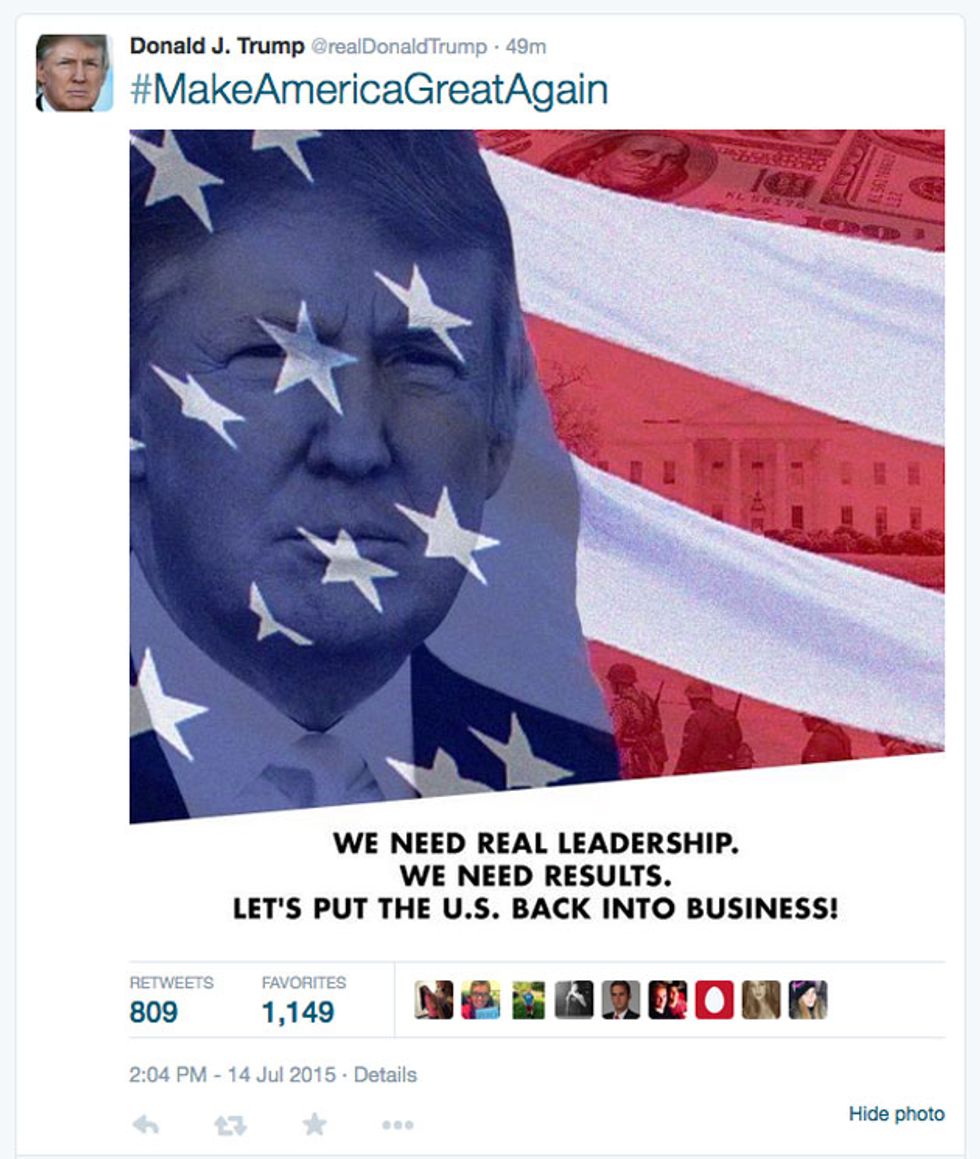 UPDATE: Mother Jones has more on the origin of that photo:

Mother Jones can now reveal that the image in question was taken at a World War II reenactment near Kent, England, some time within the last five years, according to its photographer, George Cairns. We reached Cairns by Skype at his home in St Albans, a town just north of London, where he was hanging out and playing video games when his Twitter feed started to blow up in response to the Trump story.

Cairns is a British freelance stock photographer and photography instructor who says he frequents war reenactments as good locations to pick up realistic-looking stock images—not just of Nazis, but also of American GIs and other soldiers. Cairns said he didn't know much about Donald Trump beyond the controversy over a golf course the billionaire and GOP presidential contender bought in Ireland last year.

So what does Cairns make of Trump using his image to endorse his candidacy?

"Well luckily, it's not endorsed him in a sense... So that's a good thing," he said. "I'm not a Trump supporter. I can sleep OK tonight."