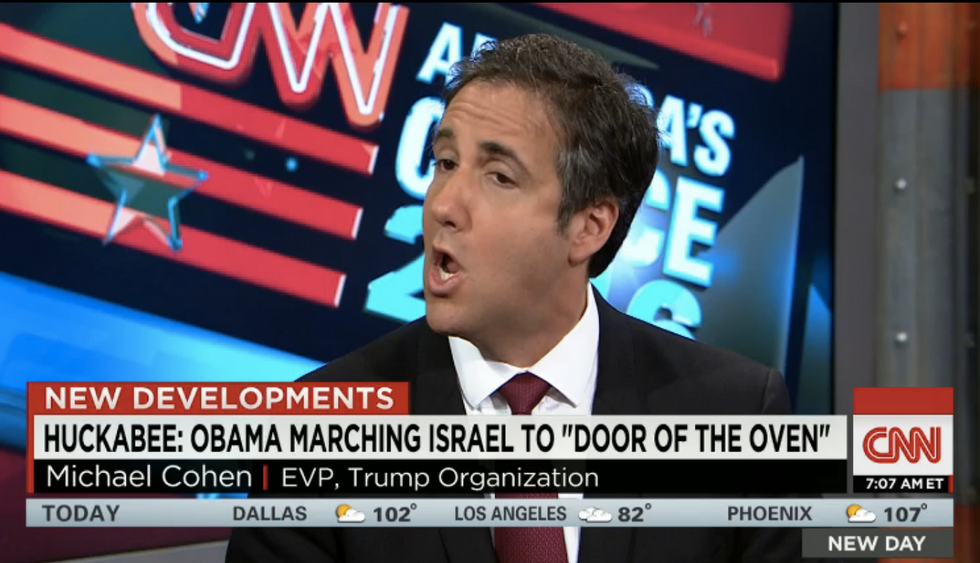 On Monday, Michael Cohen, campaign manager for Republican 2016 front-runner Donald Trump said on CNN that he agrees with Huckabee's assessment that the current U.S. nuclear deal with Iran "will take the Israelis and march them to the door of the oven."

Cohen -- who serves as "special counsel to Donald Trump" -- was a guest on CNN's New Day with Chris Cuomo.

"Does Donald Trump think it was wrong and offensive?" Cuomo asked, about the governor's choice of metaphor.

"I don't think so," Cohen replied. "I think what he's really trying to say here is that we're really in a bad place."

"He's okay with these words?" said Cuomo. "'March Israelis to the door of the oven?'"

"Because we've been there," Cohen said. "My father was a Holocaust survivor and I can tell you, there's that old statement, 'Never again.' What Trump is trying to say is that a nuclear Iran is the destruction of this world."

He then proceeded to stump for his boss.