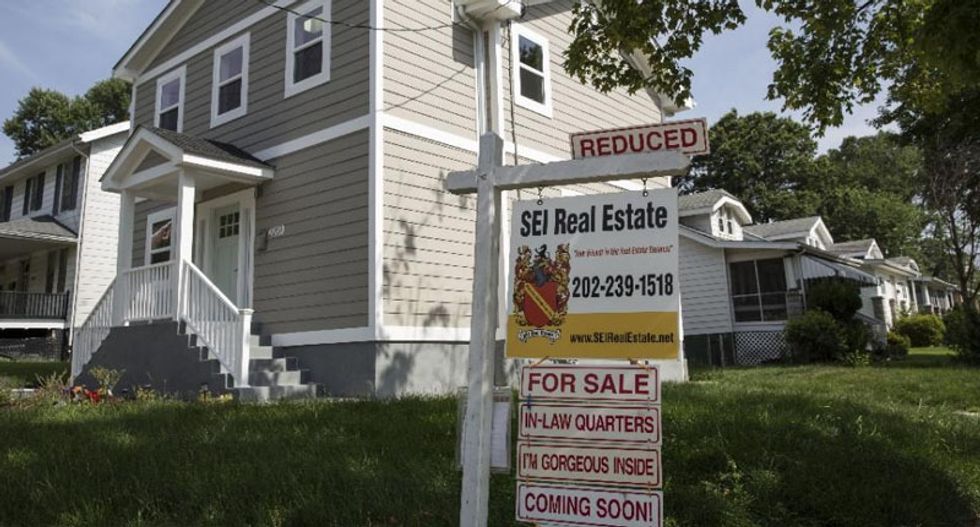 The median existing-home sales price in June was $236,400, a gain of 6.5 percent from June 2014 and the 40th straight month of year-over-year gains (AFP Photo/Drew Angerer)

Sales of existing homes in the US surged in June to their highest level in more than eight years and prices hit a record high, the National Association of Realtors said Wednesday.

Sales of previously owned homes rose to an annual rate of 5.49 million units, a gain of 3.2 percent from the slightly downwardly revised May level, the NAR reported.

June's heated sales pace was the strongest since February 2007, before the economy entered the Great Recession.

It came in well above analysts' consensus estimate of a 0.9 percent increase month-over-month.

Year-over-year, existing-home sales were up 9.6 percent.

The combination of rising demand and a limited supply helped to push the median sales price above the July 2006 peak to a record high, NAR said.

The spring buying season has been the strongest since the downturn, said Lawrence Yun, NAR chief economist.

"Buyers have come back in force, leading to the strongest past two months in sales since early 2007," he said.

"This wave of demand is being fueled by a year-plus of steady job growth and an improving economy that's giving more households the financial wherewithal and incentive to buy."

Supply of homes for sale remained tight at 2.30 million, rising 0.9 percent from May. Unsold inventory fell to a 5.0-month supply at the current sales pace, down from a 5.1-month reading in May.

Properties typically stayed on the market for 34 days in June, down from 40 days in May and the shortest time on record, said NAR, which began tracking that data in May 2011.