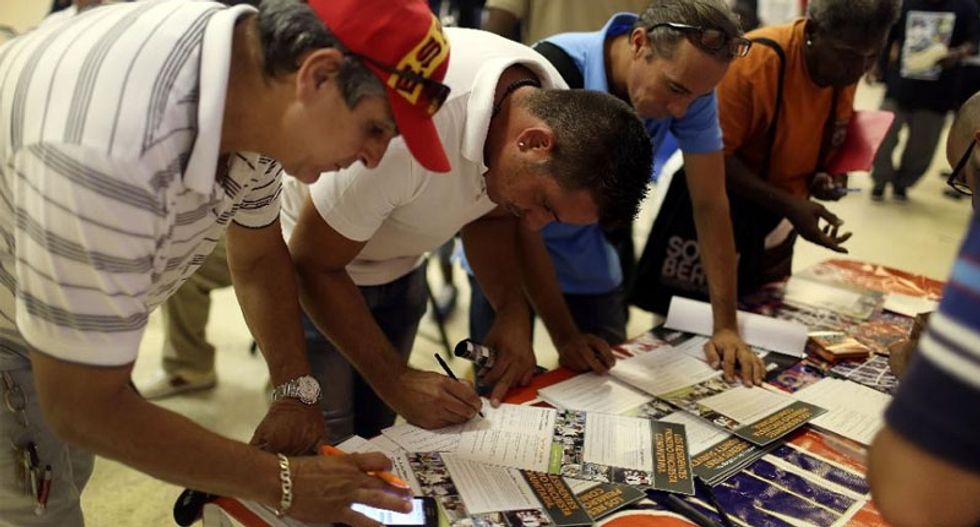 People fill out a form for available job opportunities during a construction job fair on July 7, 2015 in Miami, Florida (AFP Photo/Joe Raedle)

New jobless claims dropped by 15,000 to 281,000 in the week ending July 11, the Labor Department reported. The decline in claims was stronger than analysts expected, with the consensus estimate for a 283,000 reading.

"New filings are notoriously volatile this time of year because of seasonal adjustment issues surrounding the Fourth of July holiday and the timing of the annual retooling for auto manufacturers," said Ryan Sweet of Moody's Analytics.

The economy has added an average of 210,000 jobs a month from January through June, helping to lower the unemployment rate to 5.3 percent, a seven-year low.

"The trend in initial claims softened further but it remains consistent with solid gains in monthly nonfarm payrolls," Sweet said.