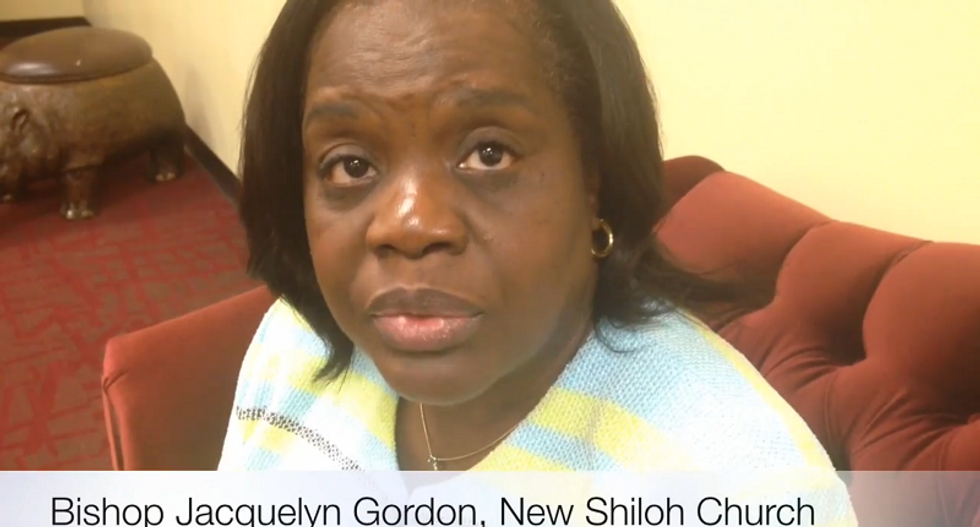 The truck belonging to the bishop of a predominantly black church in Florida was submerged, wrecked and the words "SS Charleston 2" were scrawled on it before it was left outside the New Shiloh Christian Center over the weekend.

Police have determined the attack, which included trashing the church's foyer, ransacking the bistro, shattering glass and spraying fire extinguishers all over the floor, is a hate crime and are offering a reward for information leading to arrest of the perpetrators.

"They actually drove the vehicle into the pond, and the truck was submerged underwater," Lashaunda Edwards, bishop Jacquelyn Gordon's daughter, told local MyNews13. "The doors were wide open, and glass was just everywhere."

It’s not the first time the church in the coastal town of Melbourne has been hit.

In March, parishioners arrived to find two of the church's vans spray painted with threatening images and words. An eerie face with a noose around it, an upside down cross and the words "What's the $ of ur soul" was scrawled on one.

In February, someone set fire to the church's storage shed and spray painted confused messages that included swastikas, the words "Allahu akbar" -- Arabic for "God is great" and the words "We see U," according to MyNew13.

The previous two attacks were not called hate crimes, but in this weekend's case, Melbourne police have reached out to the FBI.

The words "Charleston 2" on the Christian Center's truck seem to be a threat referencing the deadly June 17 attack on Charleston, South Carolina's historic Emanuel African Methodist Episcopalian, in which accused shooter and white supremacist Dylann Roof opened fire on and killed nine churchgoers.

The attack on New Shiloh Christian Center is just one in a troubling series of attacks of black churches in the South since the June 17 racist shooting at Charleston's historic Emanuel AME. At least three black churches were burned by arsonists while one's cause hasn't been determined, according to the Chicago Tribune. Two other church fires were determined to be accidents.