WATCH: Black pastor rips hypocritical churches for doing to gay people 'what slavemasters did to us' 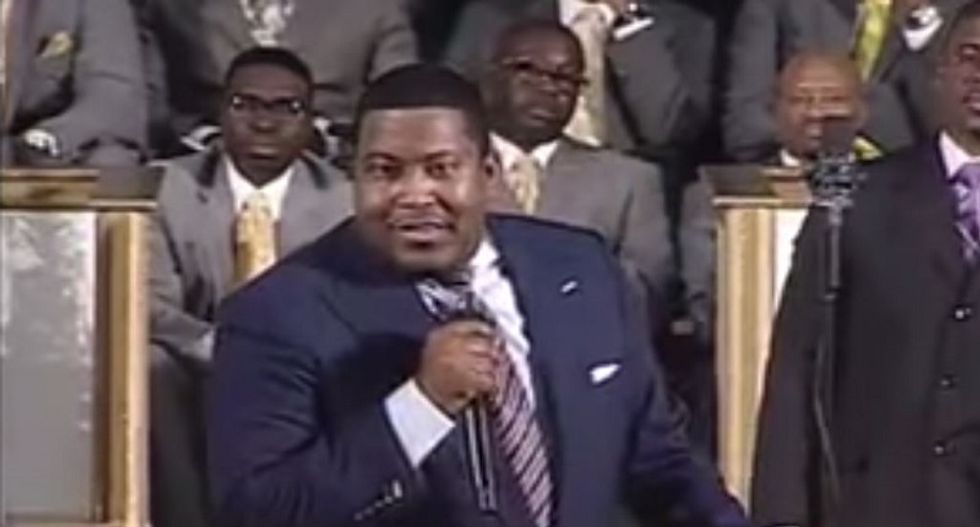 A Georgia pastor is making waves after being caught on video unloading on what he called the hypocrisy of condemning LGBT people by Christian churches.

Pastor E. Dewey Smith of the House of Hope, Greater Travelers Rest church in Decatur gave an impassioned sermon, posted to YouTube on Thursday, in which he slammed church leaders for judging gay people but "you change wives like we change underwear."

"'These folks are an abomination, they are nasty,' tell you what you do then. Go find every song that's been written by a gay person for the last 100 years and don't sing it in church," he said, as the church congregation cheered him on. "Let's see how many songs you can minister on that Sunday."

He went on to criticize the habit of picking and choosing which parts of the Bible to adhere to, based on what is socially advantageous or convenient, but ignore it when it gets in the way of business.

"We demonize and dehumanize the same people that we use and we don't say nothing about the gay choir director because he's good for business" Smith said. "As long as the choir sound good, I ain't saying nothing about his sexuality. We have done what the slave master did to us. Dehumanize us, degrade us, demonize us, but then use them for our advantage."