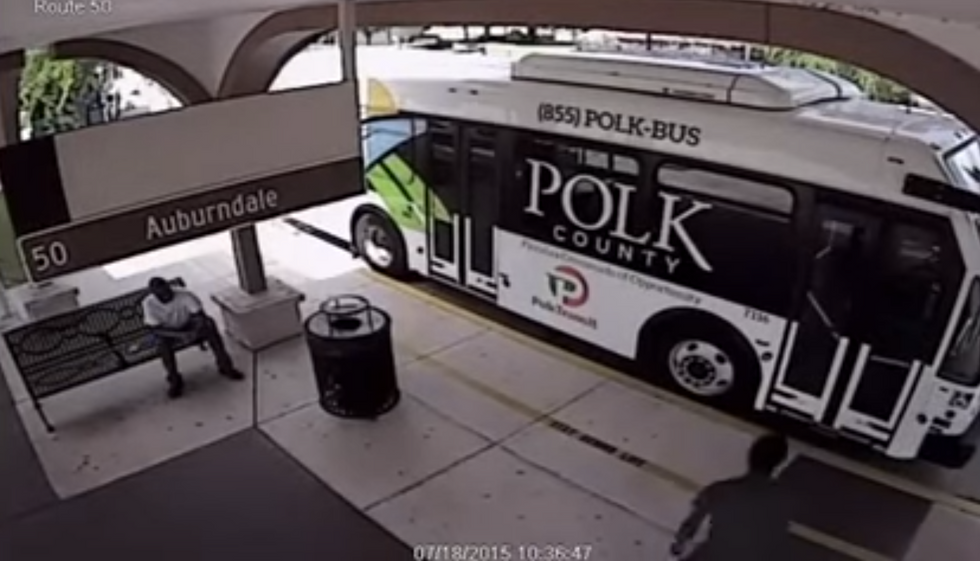 In the video embedded below, an unnamed Florida man apparently decided that he had a bone to pick with a Polk County city bus.

On-site security cameras at the Winter Haven bus terminal captured the moment when the man -- who was disgruntled over the price of a fare -- head-butted the bus' closed doors and collapsed to the pavement.

He briefly staggered up again before collapsing entirely.

According to WTSP Channel 10 News, the man left the bus then tried to re-board and go to another destination. The bus driver told him that he would have to pay an additional $2 fare to transfer destinations.

The bus driver said that the impact shattered the glass in the door, but that the man got up and ran away before police were called or anyone could identify him.