'We have the people': Bernie Sanders raises $15 million for 2016 campaign in two months 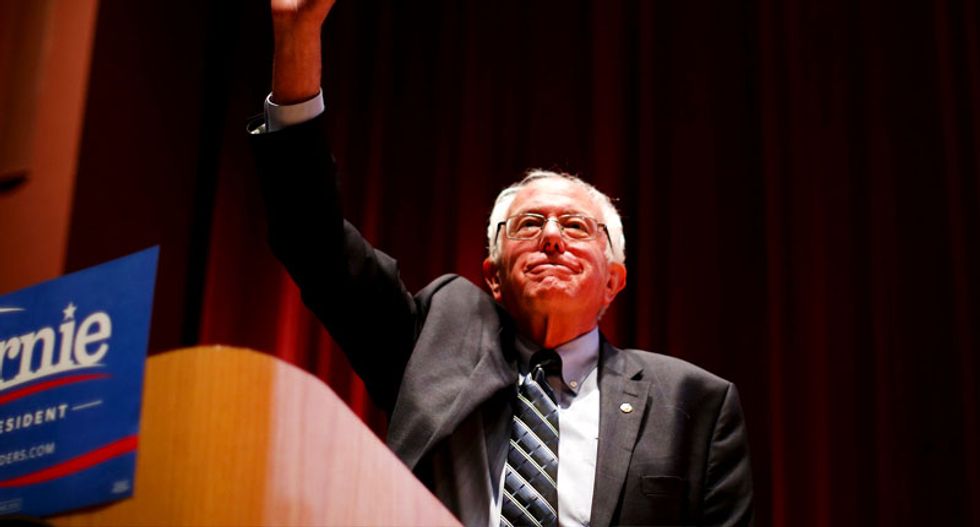 U.S. Senator Bernie Sanders of Vermont has raised $15 million from about 250,000 individual donors in the two months since he announced he was seeking the Democratic Party's nomination to run for president, the Sanders campaign said on Thursday.

Nearly all of the 400,000 contributions received since his announcement on April 30 were for $250 or less and the average donation was less than $34, the campaign said. The donations were made almost entirely through the Internet, it said.

The total for Sanders, who is popular with the Democratic Party's liberal wing, is one-third of the $45 million that front runner Hillary Clinton's campaign said she raised since April.

Sanders is trying to challenge Clinton by building grassroots support in the states that hold the first nominating contests ahead of the general election in November 2016.

Both campaigns said their figures showed broad-based popular support. Clinton's campaign said 91 percent of her donations were $100 or less, but did not break down the total number of donors or the average donation.

Presidential candidates must report fundraising figures for the fiscal quarter ending on June 30 to the Federal Election Commission by July 15. The tallies are viewed as an early indicator of a candidate's appeal and staying power in the race.

Sanders has been drawing large crowds in the early voting states of New Hampshire and Iowa. Nearly 10,000 people attended a campaign stop on Wednesday evening in Madison, Wisconsin.

Still, he faces a difficult challenge catching Clinton. The $45 million raised so far by her campaign is just a portion of the support she will receive, with much coming from outside political groups.

Large political action committees (Super PACs) backing various candidates are expected to eventually raise far more than the candidates themselves. Several that support Clinton are expected to announce raising $24 million in the quarter ending June 30, according to sources familiar with their fundraising.

Sanders has said he does not want Super PAC support.

"I am more than aware that my opponents will be able to outspend us," Sanders said in Madison. "They may have the money, but we have the people. And when the people stand together, we can win."

Kevin Strong was placed under investigation a week before the Capitol riots after a witness told the FBI that Strong believed he had "Q clearance" and that World War III was going to occur on Jan. 6. The witness also said that Strong hung a "WW1WGA" flag -- which represents the popular QAnon slogan "where we go one, we go all" -- at his home, and believed QAnon would cover the cost of a truck he recently purchased.