What the Scott Walker fundraising controversy means for 2016 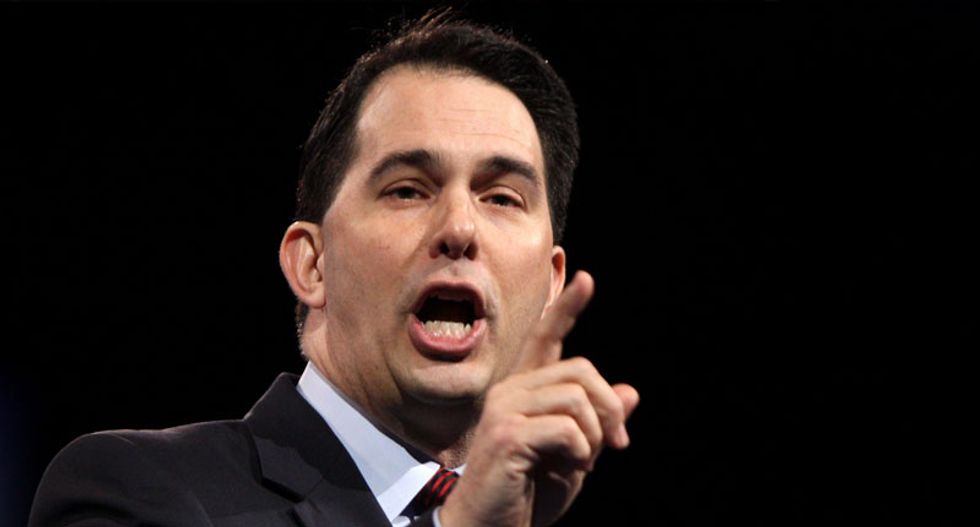 The court’s ruling spares Walker’s presidential campaign from what could have been a devastating political scandal. In the process, the case demonstrates the extent to which state and federal courts now permit candidates to coordinate their campaign activity with nominally “independent” political advocacy groups and super PACs.

A two-tiered system of campaign finance

Since the Supreme Court’s Citizens United decision in 2010, political candidates have operated in a two-tiered system of campaign finance.

Under the Federal Election Campaign Act, an individual donor may contribute only a maximum of US$2,700 to a candidate’s campaign in federal elections. Many states impose similar limits on contributions to state campaigns.

But since Citizens United, private donors may contribute an unlimited amount to “independent” super PACs and other outside groups that support state and federal candidates.

Freed of contribution limits, outside groups have raised and spent hundreds of millions of dollars on federal and state campaigns across the country.

While Citizens United created a huge new pool of campaign money, it left a critical question unresolved: At what point do candidates cross the line into illegal coordination with “independent” groups?

The Walker case shows just how far candidates can go in working with PACs.

After winning the governor’s office in 2010, Walker unveiled a controversial plan to sharply restrict collective bargaining by public employees. Walker’s agenda divided the state so profoundly that 100,000 people gathered at the State Capitol in Madison to protest the governor’s policies.

WCFG did not run advertisements expressly endorsing Walker. But the group did advocate on behalf of policies that Walker supported, such as smaller government and deregulation.

Walker won the recall election in 2012 and later won a second term as governor in 2014.

In the meantime, in 2013, a group of county prosecutors in Wisconsin launched a criminal investigation into the Walker campaign’s relationship with WCFG and other issue advocacy organizations. The prosecutors suspected that Walker’s 2012 campaign had violated state law by coordinating its advertising strategy with the outside groups.

However, the investigation ended on July 16 2015, when the Wisconsin Supreme Court dismissed the case against Walker.

In a 4–2 opinion, the court held that the Walker campaign’s contacts with WCFG and similar organizations did not violate the law because the outside groups only engaged in issue advocacy and never expressly endorsed Walker’s candidacy.

The Wisconsin Supreme Court ruled that “issue advocacy, whether coordinated or not, is beyond the reach” of campaign finance laws.

What the Wisconsin case means for 2016

The political implications of the Wisconsin case are significant.

The court’s dismissal of the WCFG investigation represents a crucial political victory for Walker. It frees him from the specter of a political scandal that would likely have haunted his presidential campaign.

The case also demonstrates how narrowly the courts have defined the term “coordination.”

Although it applies only to Wisconsin state elections, the Wisconsin Supreme Court’s ruling provides a striking example of how candidates can find ways to “legally” coordinate campaign activity with outside groups.

Many presidential candidates are already using similar strategies to get around federal campaign finance laws.

For example, former Florida Governor Jeb Bush delayed the official announcement of his presidential campaign so he could continue to discuss campaign and fundraising strategies with Right to Rise, his super PAC.

The tactic paid off. In the first six months of 2015, Right to Rise raised $103 million, a staggering total that far exceeded the $11 million raised by Bush’s “official” campaign committee. Indeed, Bush places so much importance on his super PAC that he has reportedly assigned Mike Murphy, one of his most trusted campaign advisers, to run Right to Rise.

Bush is not alone. Hillary Clinton and other major candidates have made super PACs a key feature of their fundraising strategies.

Walker himself is among them. Pro-Walker super PACs have raised over $20 million and are led by some of Walker’s closest political advisers.

The bottom line is that super PACs and other outside groups are “independent” in name only. To a remarkable degree, super PACs have become an essential component of every serious presidential campaign.

Nevertheless, as the Wisconsin case demonstrates, the courts have thus far shown no interest in tackling the problem of blatant campaign coordination between candidates and outside groups. The inevitable result is that outside groups will loom larger than ever in the 2016 campaign.