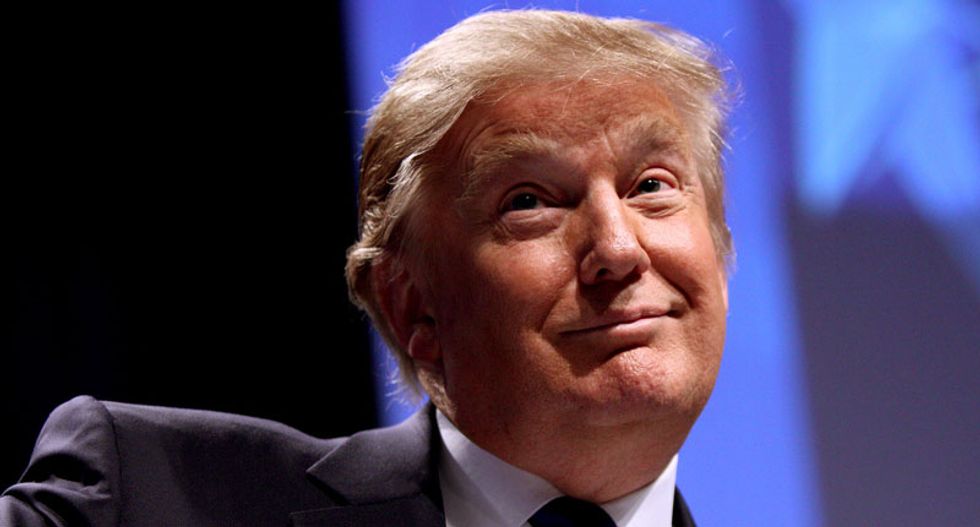 Donald Trump, who became the center of attention in the race for the 2016 Republican U.S. presidential nomination with his denunciation of illegal immigrants from Mexico, has vaulted into a virtual dead heat with Jeb Bush atop the field, a Reuters-Ipsos poll released on Saturday showed.

Trump, a billionaire real estate developer, had the support of 15.8 percent of respondents in the online poll of self-identified Republicans compared to 16.1 percent for Bush, a former Florida governor.

However, given a choice of three candidates - Bush, Trump or Florida Senator Marco Rubio - Bush had a comfortable lead at 42 percent among the respondents in the Reuters-Ipsos Republican poll, compared to 28.4 percent for Trump and 20 percent for Rubio.

In the race for the Democratic presidential nomination, former Secretary of State Hillary Clinton remained in front with the support of 48.3 percent of self-identified Democrats polled, with Vermont Senator Bernie Sanders continuing to inch up, at 22.9 percent, and Vice President Joe Biden, who has not entered the race, at 10.7 percent.

Numerous businesses including NBC Universal, Univision, Macy's, Serta and NASCAR have cut ties with Trump since he accused Mexico, in his June 16 speech announcing his candidacy, of sending rapists and other criminals into the United States. Trump on July 6 added that illegal border-crossers from Mexico are carrying "tremendous infectious disease."

The controversy over Trump's immigration comments has dominated news coverage of the Republican campaign in recent weeks, and he has climbed in the Reuters-Ipsos poll to draw essentially even with Bush. On June 30, the poll had Bush at 16.9 percent and Trump at 12.8 percent.

A hard line against illegal immigration may find a receptive audience in Republican primary voters, with U.S. conservatives often accusing President Barack Obama of doing too little to secure America's border with Mexico.

Trump also has accused Bush of being weak on illegal immigration, bringing Bush's Mexican-born wife into the debate. "If my wife were from Mexico, I think I would have a soft spot for people from Mexico. I can understand that," Trump said in a CNN interview.

Trump has increasingly come under fire from some of his rivals for the Republican nomination including Bush.

"Everybody has a belief that we should control our borders," Bush said last week. "But to make these extraordinarily kind of ugly comments is not reflective of the Republican Party. Trump is wrong on this."

In the Reuters/Ipsos poll of the Republican race, 404 self-identified Republicans age 18 or over were questioned from July 6-10. The poll had a credibility interval, a measure of accuracy, of 5.7 percentage points.

In the Reuters/Ipsos poll of the Democratic race, 504 self-identified Democrats age 18 or over were questioned over the same time period, with a credibility interval of 5.1 percentage points.

(Reporting by Will Dunham; Editing by Eric Beech)

A fervent Donald Trump supporter who carried a "white privilege" card has been charged in an alleged bomb plot aimed at keeping the ousted president in office.