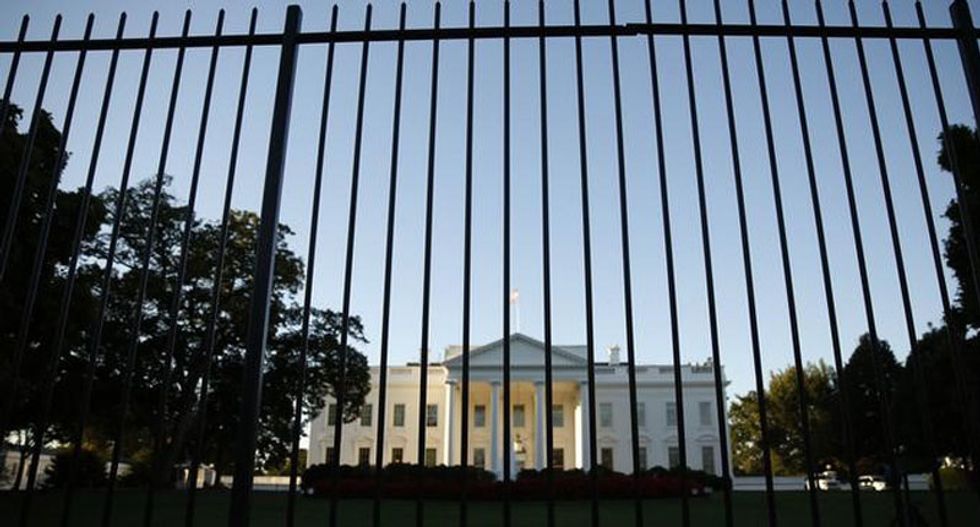 The White House seen from outside the north lawn fence in Washington September 22, 2014. REUTERS/Kevin Lamarque

The White House lifted a 40-year-old ban on taking photos during public tours of the executive mansion on Wednesday and invited visitors to share their shots on Twitter using #WhiteHouseTour.

First lady Michelle Obama announced the change in a video on Instagram.

"If you've been on a White House tour, you may have seen this sign," she said, holding up a placard reading "No Photos or Social Media allowed." "Well, not anymore," Obama said as she tore up the sign, laughing.

The White House said the ban was put in place more than 40 years ago to limit the damage old flash photography could have on artwork, the Office of the First Lady said. It did not have an exact date for when the rule took effect, but said changes in flash photography led officials to lift it.

However, some cameras and accessories such as so-called selfie sticks would still be prohibited, along with video cameras, cameras with detachable lenses, tablets, tripods and monopods, the White House said.

Phone cameras and compact still cameras with a lens no longer than 3 inches (7.6 cm) will be allowed, it said.

A relaxation of the camera rule coincided with a new security measure surrounding the executive mansion on Wednesday: a spiked top fence to thwart would-be intruders.

Sharp metal points will be bolted on top of the black iron fence as a temporary measure until authorities put up a more permanent structure next year. The change was sparked by security breaches at the White House, including a September intrusion when a man scaled the fence and ran into the mansion.