'You'll put your eye out': Watch the government's hilarious and horrifying video on fireworks safety 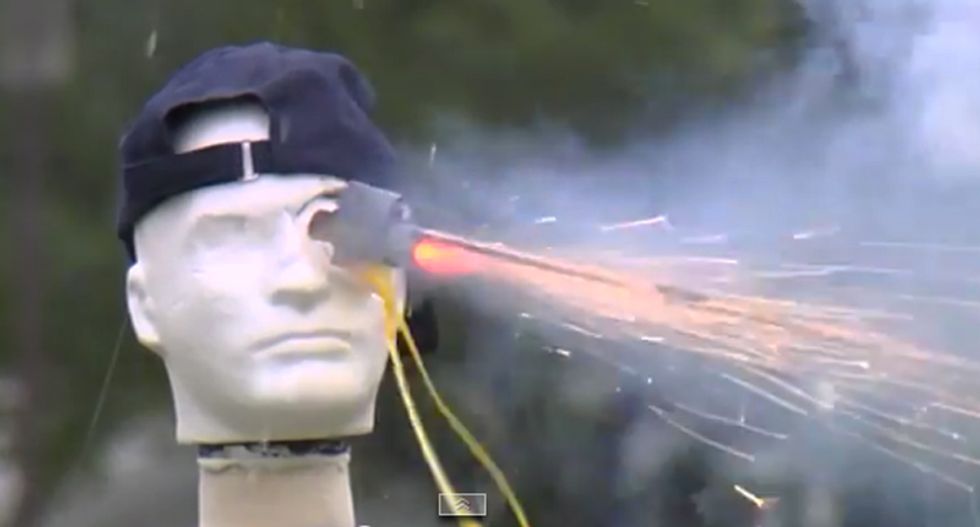 The 4th of July is the day that fireworks come out of the closet and along with "oohs and "aaws" there comes lots of "ows!" when the explosive novelties are misused or mishandled.

The U.S. Consumer Product Safety Commission recently conducted their annual fireworks safety on the Washington Mall, using mannequins to demonstrate the do's and don'ts of fireworks safety -- mainly the don'ts.

In the hilarious and slightly frightening video below -- edited down and set to chipper music by the folks at Gizmodo -- you get to see mannequin hands blown off, plastic eyes put out, and small constructed rooms collapse upon innocent plastic statues in a cloud of smoke.

According to the National Fire Protection Association, "In 2013, U.S. hospital emergency rooms treated an estimated 11,400 people for fireworks related injuries; 55% of those injuries were to the extremities and 38% were to the head."

The entire video from the USCPSC can be found here.

Watch the Gizmodo edit below: