'You’re going to kill me over $400?': Inside the low-stakes, unglamorous lives of suburban drug dealers 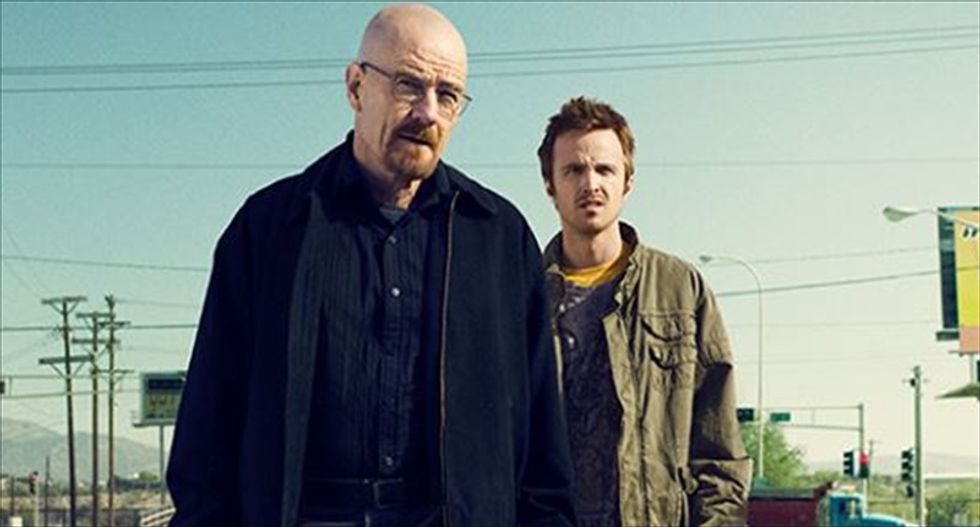 Inside the world of suburban drug dealing

Over the span of a few years, we interviewed 30 middle-class, suburban drug dealers in Atlanta, Georgia, hoping to gain access to the inner workings of this subculture.

Drug dealing has inherent dangers – you could be robbed, threatened, assaulted or arrested – and we were interested in how these suburban dealers handled the inevitable array of conflicts they encountered.

What we found may be surprising: in most cases of potential conflict, nothing happened.

For example, one teen named Adam was angry that his friend hadn’t paid him for the ounce of marijuana and two ounces of mushrooms that he’d sold him a few weeks earlier. Fed up, Adam threatened to kill the guy.

In another case, a dealer named Robert returned home from high school to find that someone had stolen a quarter-pound of weed from his bedroom. The following day, convinced it was one of his friends, Robert threw the friend against a locker and threatened to beat him up after school.

Hours later, onlookers circled to watch the fight. Fists raised, the two locked eyes. There were a couple of shoves and a sucker punch. Seconds passed. But then the tension deflated. The crowd dispersed, and Robert and his friend went their separate ways.

It’s widely thought that when a drug dealer is ripped off, violent retaliation is likely to follow. But what’s striking about these two examples is that they’re more violent than the majority of conflicts we documented for our recent book about suburban drug dealing.

Most of the dealers we talked to handled their problems peacefully, either by doing nothing, avoiding the individuals who slighted them or negotiating a resolution. And it seems as though the etiquette of the suburbs – one that preaches conflict avoidance, conformity and not drawing attention to oneself – is largely responsible.

A contrasting code of the streets

The same can’t be said of dealers from disadvantaged, inner city neighborhoods, whom we’ve also interviewed.

Asked what he did to someone who failed to repay a minor debt, a St Louis street dealer who goes by the name of Big Mike calmly explained that he “threw a brick in his face. He was pretty well busted up. You can’t let people get over on you, even if it’s five dollars.”

Like his peers, Big Mike lived by the code of the street, which maintains that no affront should go unpunished.

Another inner city dealer explained the code this way: “Shootouts, killings, that’s what the game is about. You mess up, you get killed.”

Both suburban and urban dealers have plenty of reasons to retaliate. They can’t go to the police out of fear of incriminating themselves. By not striking back, they risk coming across as soft, inviting others to take advantage of them down the road.

So why didn’t suburban dealers ever seek revenge?

One of the main reasons may be the way they’ve been raised and oriented to operate in their world. These kids' parents, teachers and coaches taught them to abide by what we call “the code of the suburb,” which eschews violence and holds that the best way to handle conflict is to suppress it.

This conflict management strategy was documented by ethnographer M P Baumgartner more than a quarter-century ago in her book Moral Order of a Suburb. She referred to this strategy as a “philosophy of moral minimalism…a strong conviction that conflict is a social contaminant, something to be prevented if at all possible and to be ended quickly once begun.”

‘I don’t want to hurt somebody’

Evidence that the dealers subscribed to this code comes not only from their actions, but also from how they explained their actions.

For example, Adam said that he avoided violence because “I didn’t want to hurt people.” Another dealer, Christian, reflected the general mindset among his peers:

I remember being eight years old and thinking, “If I get in a fight, I’m kinda screwed ‘cause I don’t want to hurt somebody.” Like I can’t imagine punching somebody in the face and hurting them… So it’s like the idea of physical violence as retribution has never been something I wanted.

Instead of violence, the dealers' typical response to victimization was to do nothing, cut off interaction with the person responsible or try to talk out a resolution. 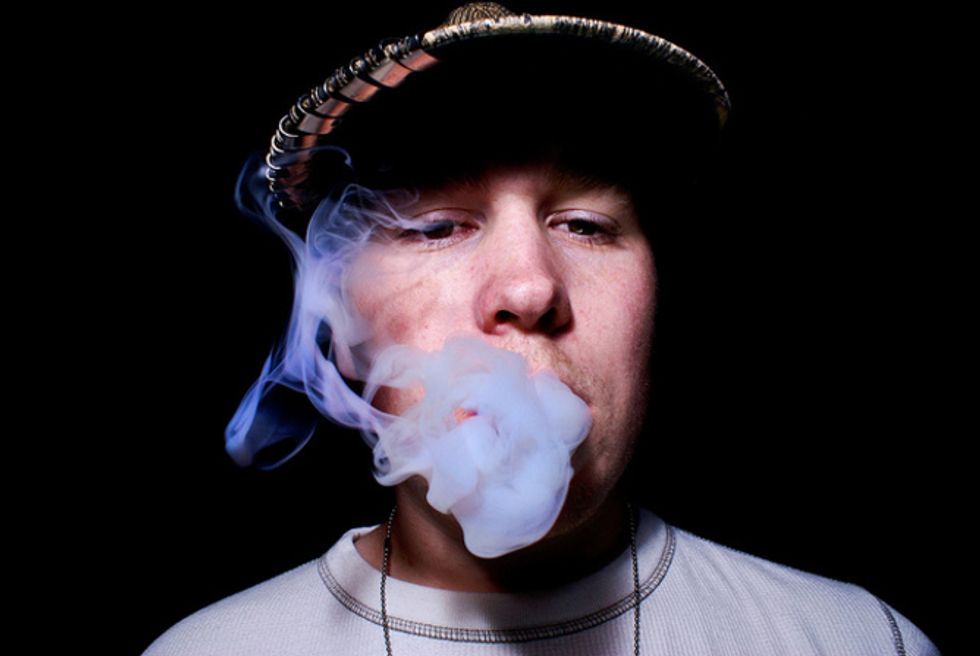 Many suburban adolescents deal drugs to simply earn some extra cash and smoke for free.

The dealers were well-versed in the benefits of peaceful conflict management. Toleration allows you to move on. Avoidance distances you from further trouble. And negotiation offers you the prospect of saving face, and maybe even getting compensation.

This is not to deny the obvious appeal of violent retaliation, which allows you to exact vengeance while signaling “I’m not someone to cross.” But in the suburban dealers' minds, the benefits of retaliation were almost always outweighed by its risks, the biggest of which was legal trouble. Violence brings heat. And a criminal record can cause long-term damage, making it much harder, in the future, to achieve conventional success.

Consider what Robert said after the fight with his friend fizzled out, which actually led to his giving up dealing for good:

What am I going to do – start fist-fighting people or knifing people or shooting people? It wasn’t worth that. I didn’t want to go to jail. I was just trying to have a good time, smoke for free and make a little money.

The benefits of wealth and privilege

This highlights another key difference between suburban and urban drug dealing.

Compared to their urban counterparts, it was easier for the suburban dealers to give up dealing because they didn’t really need the money. Their parents were able to provide for them, so for these teens, dealing was never meant to be a career. It was just another phase on their way to becoming successful adults, which they had no intention of jeopardizing.

Given their desire to avoid legal trouble, why did the suburban dealers take up selling drugs in the first place? The answer is complex.

In part, it’s because they believed that the odds of actually catching a drug charge were low. Official data confirm this belief; while adolescents from the suburbs and inner city sell and use drugs at comparable rates, inner city users and dealers are far more likely to face criminal charges. 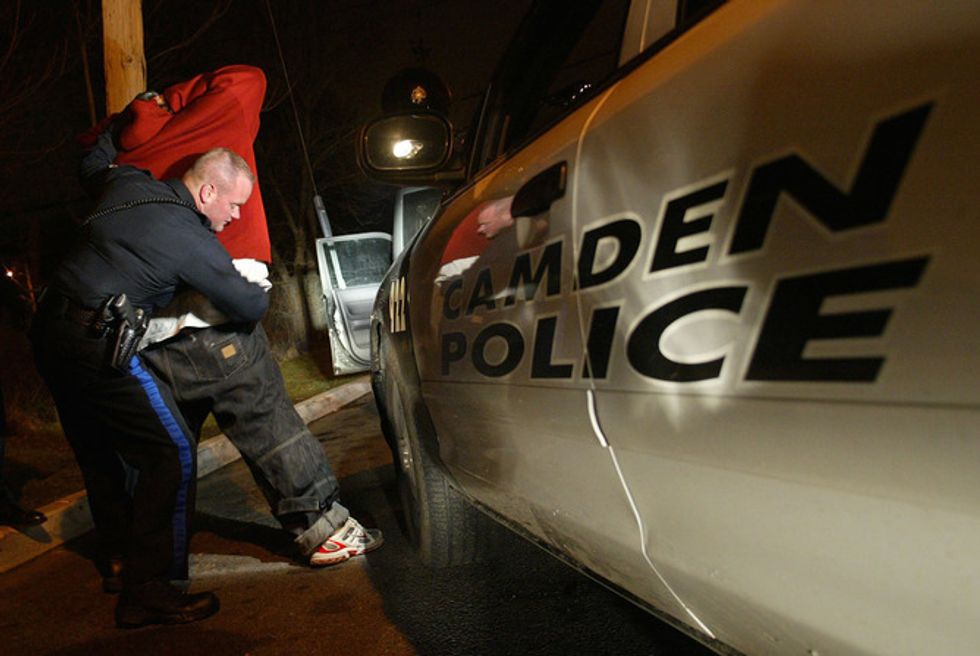 Suburban dealers didn’t think the same when it came to violence; in their mind, the police in their community would never stand for that.

Fortunately for them, they didn’t need violence to protect themselves. They lived in a suburban environment that espouses nonviolence – a mindset that seemingly trickles all the way down to the local drug dealers.

Defending themselves against accusations of gerrymandering, the Ohio House speaker and Senate president hired a team of lawyers with a history defending North Carolina against what a federal court called one of the “largest racial gerrymanders ever encountered.”

A spate of special interest and voter advocacy groups have filed four lawsuits alleging that Ohio officials produced maps that segment voters to give Republicans an unfair partisan advantage and cement in a veto-proof majority. House Speaker Bob Cupp and Senate President Matt Huffman, both Republicans from Lima, opted against retaining counsel through the attorney general and hired their attorneys from the Nelson Mullins law offices in North Carolina.

Virginia teacher shortages spiked during the pandemic. Experts are worried about what’s to come

John Reaves works as a high school English teacher in Henrico County but commutes 30 miles to work from his home in Louisa. The drive takes time away from his kids, including his young daughter, and the current school year has been tough on him.

Henrico, like every division across Virginia, is back to in-person learning, and Reaves sometimes feels like he’s scrambling to get students caught up after they spent a year and a half isolated at home. The district is dealing with staffing shortages, and teachers are back to their normal responsibilities, including getting kids ready for regularly scheduled standardized testing. Reaves is still committed to teaching, but he knows plenty of colleagues who have considered leaving the profession.

Charging the parents of school shooters should become standard practice