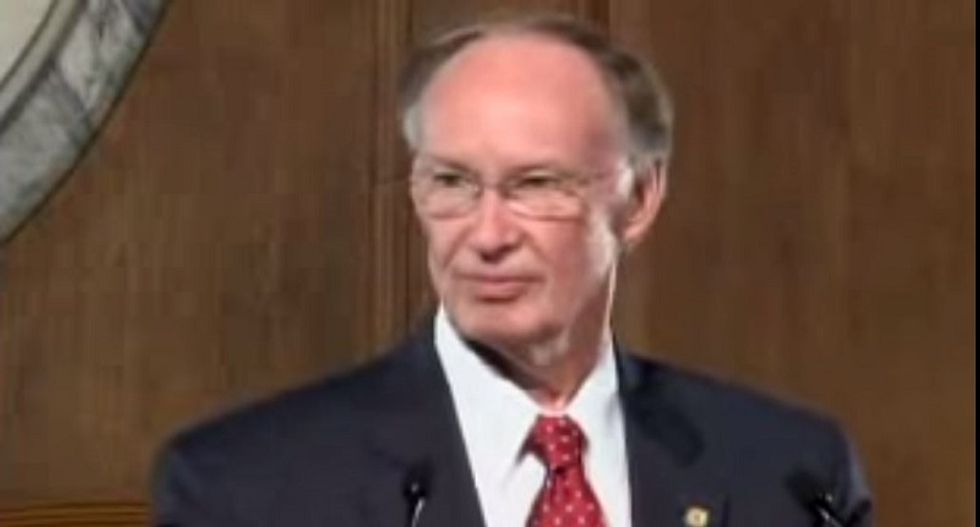 The governor of Alabama, who is an advocate of "traditional marriage" and has been vocally against same-sex unions, is getting a divorce.

Gov. Robert Bentley's wife on Friday filed for divorce, citing incompatibility of temperament, according to local ABC33. The filing states that "[t]here exists a conflict of personalities which destroys the legitimate aims of matrimony and all possibilities of reconciliation are futile."

Bentley has long been vocally opposed to same-sex marriage. As a candidate, Bentley, who is a physician, vowed not to allow same-sex marriage in Alabama or even recognize marriages of LGBT couples from other states that do allow it, according to court filings in a lawsuit against him.

"I support the Defense of Marriage Act, affirming the right of states not to recognize same-sex marriages licensed in other states," he said. "Alabamians should work together to protect traditional marriage. The two-parent family provides the best environment of stability, discipline, responsibility, and character."

In a statement released by Bentley on June 26, the day of the Supreme Court ruling, he said he still believes in "traditional marriage."

Ahead of the Supreme Court ruling, Bentley filed a court brief calling same-sex marriage a "social experiment" and claiming that heterosexual marriage is a "natural reality and that same-sex marriage destroys the 'rights of children to be connected to their biological parents,'" WHNT reports.

Following the Supreme Court ruling, Bentley said that he, "like 81 percent of the people of Alabama believe that marriage is, at least in the Biblical sense, is defined as at least between one man and one woman... I think that that definition has been rooted not only Biblically, it's been rooted for thousands of years. Time and our society accepts that."

Bentley said he would not defy the ruling, however.

No word whether Bentley is blaming the Supreme Court's landmark ruling legalizing it in all 50 states for his pending divorce.