Anti-LGBT Michigan priest: Warn teens against sinful gay behavior by cramming a bagel in your ear 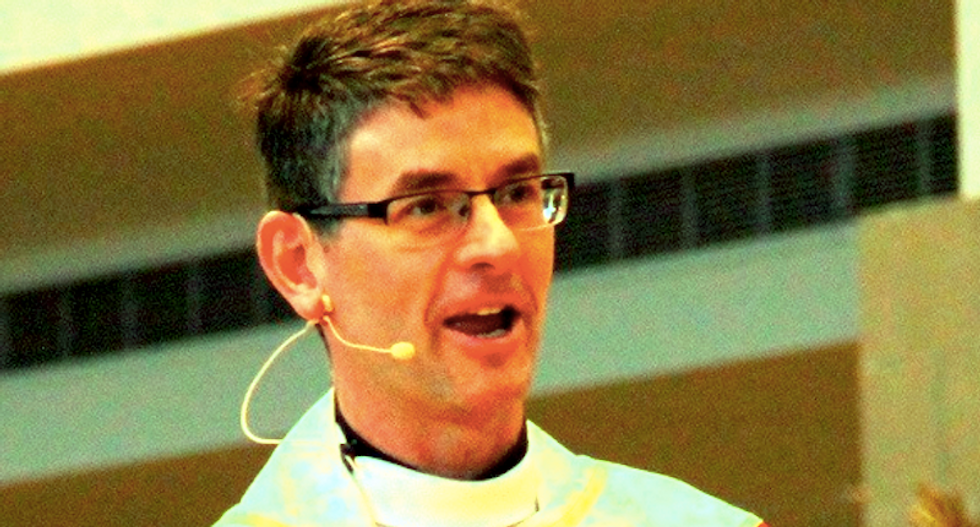 The Rev. John Riccardo, of Our Lady of Good Counsel Parish in Plymouth, described his analogy Wednesday during a national conference on "Welcoming and Accompanying Our Brothers and Sisters with Same-Sex Attraction," reported the Detroit Free Press.

Speakers told each other that gay sex was destructive and insisted "it's not being a bigot" to urge their LGBT parishioners to abstain from sexual relationships with same-sex partners.

Riccardo said young people sought guidance on sex from church leaders, and he suggested that they try to frame the subject in a way teenagers could understand without being too explicit.

“This is the question which is asked by junior-high kids: Why does God hate gays?” Riccardo said.

“Here’s the image that I use,” the priest continued, saying he asked what if "I just rip open a bagel, I take it, and I cram it in my ear. What would you say?"

“I say, ‘Exactly,'" Riccardo said. “That will ruin your ear canal."