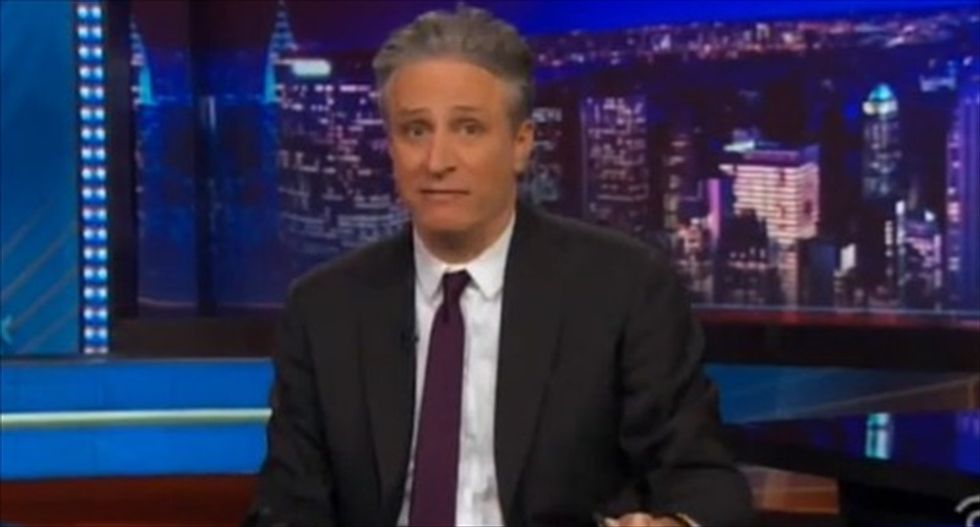 The Arby's fast food chain is turning Jon Stewart's negative portrayal of its food into a positive with a tribute ad featuring several jibes the Daily Show host has lobbed its way over the years, Time magazine reported.

The ad, titled "Thank You For Being A Friend," is a 30-second supercut of insults from the comedian, set to a cover of the Andrew Gold song of the same name, which is most famous for being used as the theme for the sitcom The Golden Girls. The commercial is one of two Arby's ads that will reportedly air during Wednesday night's episode.

Stewart has made the restaurant chain the butt of several jokes on the show, usually in the form of mock slogans like, "Technically, it's food." Last year, he invoked its name to mock Fox News host Sean Hannity, calling him "the Arby's of news."

Arby's spokesperson Rob Lynch told the Wall Street Journal that, rather than lash out against Stewart's barbs, the company opted to take them in stride, saying that as recently as 2013, "everyone knew what Arby’s was but nobody really talked about Arby's."

The company went as far as to offer Stewart a job when he announced his retirement from the show earlier this year, an offer he declined, saying, "This motherf*cking thing ain't over."

Arby's did not say how much it paid to air the commercials during Wednesday's episode, but the Journal reported that advertisers were paying $230,000 for a 30-second spot during Stewart's final show on Thursday, with the stipulation that they would also purchase ad time on Comedy Central's sister networks.

Watch the ad, as posted online on Wednesday, below.