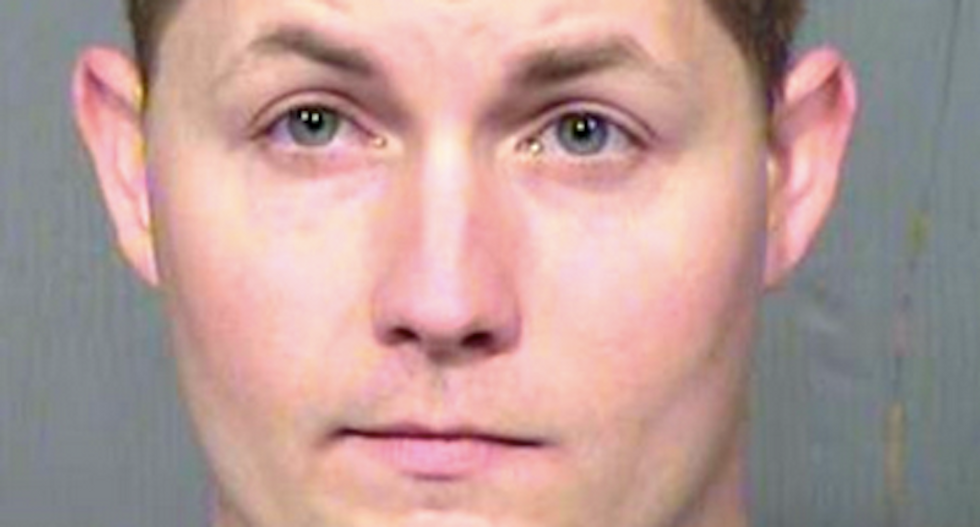 An Arizona detention officer was arrested on Thursday after allegedly punching an uncooperative inmate several times in the face and breaking his jaw in a clash inside a jail psychiatric unit, sheriff's officials said.

Zackary James Anthony, 27, was taken into custody while still in his uniform and booked on suspicion of aggravated assault in connection with the Aug. 8 incident at the Lower Buckeye Jail in Phoenix, officials said.

Anthony had "gone out of his way" to repeatedly strike the unidentified inmate after he failed to obey officers’ orders, said sheriff’s spokesman Lieutenant Brandon Jones.

"The inmate was not being aggressive at all," Jones said. "He was almost in a retreat mode."

Investigators said the incident started when the inmate, housed in a unit for the seriously mentally ill awaiting trial, was able to obscure the view of a security camera inside his cell being watched by medical staff.

The man then refused to be handcuffed and removed from his cell by responding officers, who had entered the area to clear the camera.

At least five officers were present at the time, Jones said, but they have been cleared of any wrongdoing.

The inmate was awaiting court determination on a minor charge, Jones said, but he declined to be more specific. He has since been released on bail.

(Reporting by David Schwartz in Phoenix; Editing by Dan Whitcomb and Mohammad Zargham)