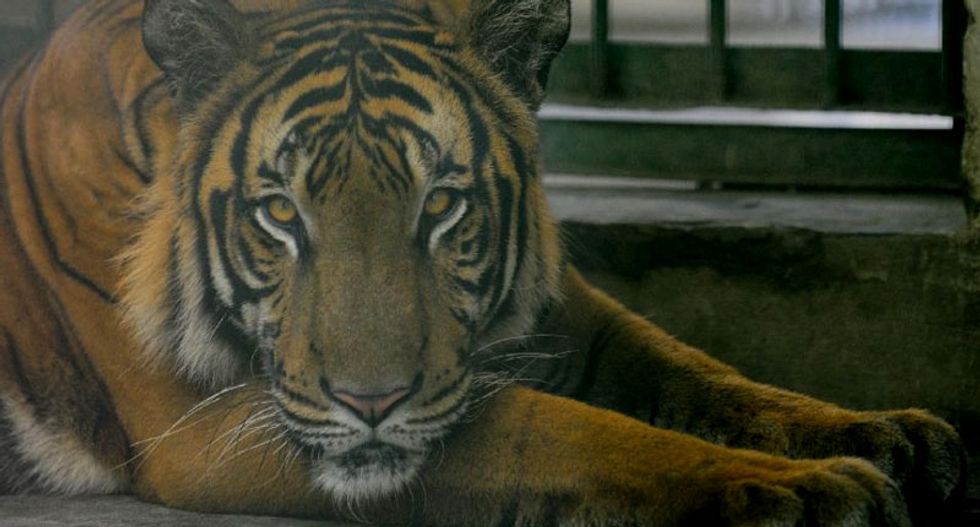 Bangladesh police Sunday shot dead six alleged tiger poachers in the world's largest mangrove forest as it launched a crackdown following a drastic fall in the number of big cats.

Police said the six died after a gunfight with a gang at a canal in the Sundarbans forest, home to critically endangered Bengal tigers whose number there has nosedived to 106 from an estimated 440 a decade ago.

"The poachers first fired at us as we raided their den at Mandarbaria canal in the forest. We fired back. Six poachers were killed in the gunfight," local police chief Harendranath Sarker told AFP.

Sarker said the crackdown on poachers came in the wake of the forest department's recent survey, which shows tiger numbers had declined in what was thought to be one of the world's largest wild reserves for the rare animal.

Some 440 tigers were recorded in the Sundarbans during a census conducted in 2004 in the World Heritage-listed forest, one of the world's last remaining habitats for the big cats.

However doubts were raised immediately after the census. Many wildlife experts said the 10,000 square kilometre (3,850 square mile) forest, straddling Bangladesh and India, could not have room for more than 200 tigers.

Late last month Tapan Kumar Dey, the government's wildlife conservationist, said analysis of camera footage from a year-long survey that ended in April found current tiger numbers ranged between 83 and 130, an average of 106.

Officials blamed a decline in their prey and rising poaching.

Police chief Sarker said the Sundarbans, with its network of rivers and canals, had become a magnet for poacher gangs.

"They now sell tiger bones, meat and skin for a lot of money," he said, adding a lack of law enforcement and of monitoring inside the forest had contributed to the rise in poaching.

Bengal tigers live mainly in India, where nationwide there are an estimated 2,226, with smaller populations in Bangladesh, Nepal, Bhutan, China and Myanmar.