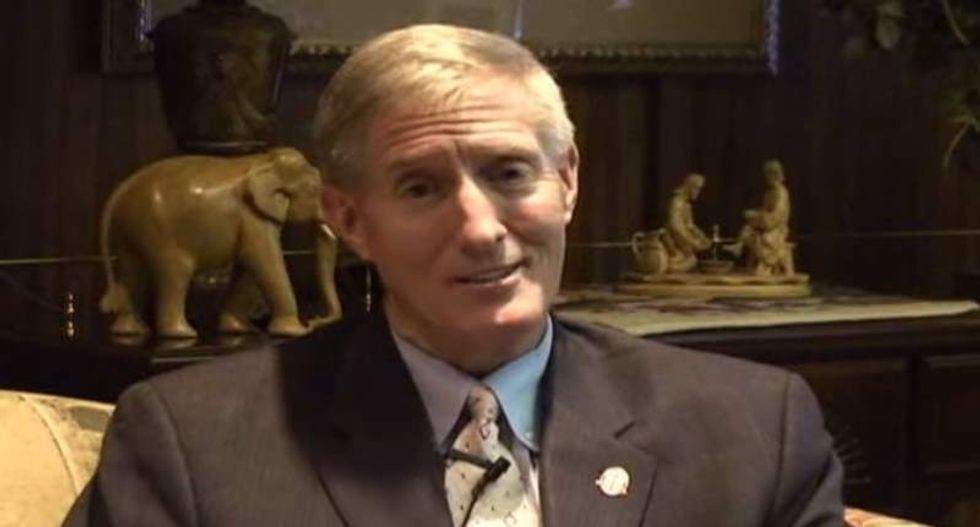 A video posted this week shows the former president of a Baptist college in South Carolina caught during a rendezvous with a woman who is not his wife, the Greenvile News reported.

The footage shows a man identified as Paul Epting telling his father, Jimmy Epting, "It's over dad. This is done" after pushing past him and filming the woman. It was shot last October, three months before the elder Epting announced that he would be taking a sabbatical for the Spring 2015 semester. He officially retired in May after 24 years leading the school.

"It has come to our attention that a video has surfaced pertaining to our former President and members of our staff," interim school president Randall Pannell said in an email to students on Thursday. "Please join me in prayer for the University at this time."

James Epting has refused to comment on the video.

The footage starts with the man identified as Paul Epting pointing the camera at himself and saying, "Here we go. It might be a bad day" before entering a house by unlocking what the News called a rear door.

"Oh, hey buddy" Jimmy Epting says, only for Paul to reply, "What are you doing, Dad?"

Paul then walks into a bathroom, asking, "Where is she?" before confronting the woman and asking "What are y'all doing? What are you doing?"

Jimmy Epting is seen coming into the bathroom, before Paul says, "No, no, I know exactly what you're doing. Why? It's over, dad. It's over."

The school, which is affiliated with the South Carolina Baptist Convention, released a statement on Thursday saying that university leaders are "expected to lead Christ-centered lives and abide by all campus policies and procedures."

The video can be seen here.