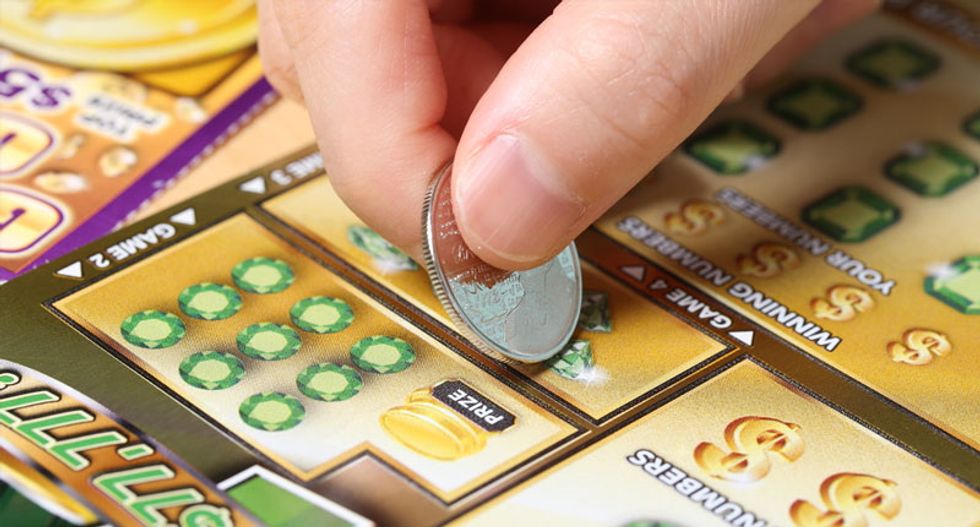 A Bay Area man who found a $20 bill on a street outside San Francisco International Airport used it to play the California lottery and won $1 million, a lottery spokesman said on Monday.

Hubert Tang used the lucky bill to buy two scratcher tickets at a store near the airport on Wednesday and won the top prize with one of them, lottery spokesman Greg Parashak said.

"I scratched the ticket outside of the store. I told my friend who I was with that I didn't know if it was real but, 'I think I just won a million dollars,'" Tang said, according to Parashak.

Tang, a bartender at the airport, had not played the lottery in about a decade before using the found money to buy two tickets, Parashak said.

Tang said he did not yet have plans for the money, but joked that he might use it to place $20 bills in random places for other lucky players to find, according to the lottery.