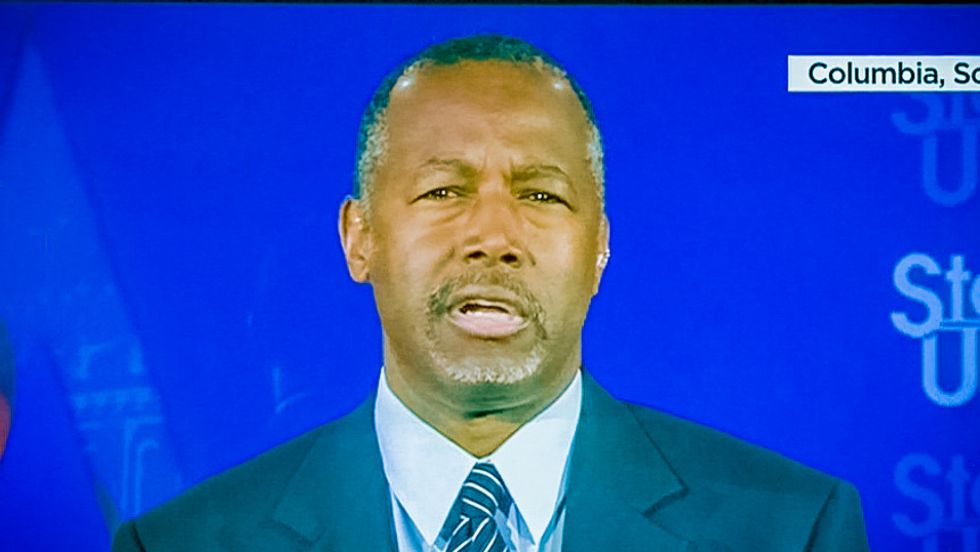 Republican presidential candidate Ben Carson said on Sunday that unmanned drones strikes should only be ordered on the Mexican border to destroy "caves" that are used by those smuggling undocumented immigrants.

During an interview on CNN, host Jim Acosta asked the candidate to explain comments last week that seemed call for the use of military force to stop illegal immigration.

“You look at some of these caves and things out there one drone strike, boom, and they’d gone," Carson had reportedly said.

Carson told Acosta that the media had taken his words out of context, and that he was advocating conducting border surveillance with drones.

"I said that to the media at the time, I said that some of you are going to want to go out and say, 'Carson wants to use drones to kill people on the borders,'" he noted. "How ridiculous. At some point I hope we have some responsible media which actually focuses on the problem."

According to Carson, it was a "total lie" that he had talked about using drone strikes to kill people.

"What I said is it's possible that a drone can be used to destroy the caves that are utilized to hide people," he insisted.

"Who would be hidden in these caves?" Acosta wondered.

"The scouts and the people who are facilitating all the illegal activity," Carson opined. "Those caves are very evident."

"Listen very carefully to what I'm saying," he continued. "I said there are caves that they utilize, those caves can be eliminated."